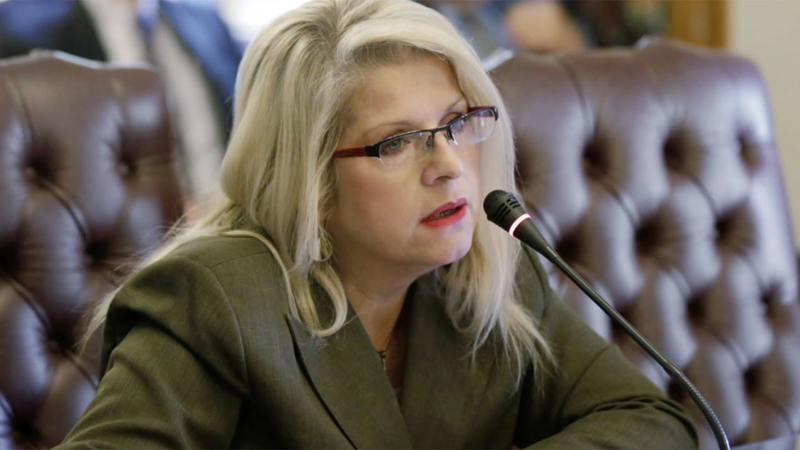 LITTLE ROCK, Ark. -- Authorities on Friday night said they've arrested an Arkansas woman in connection with the killing of a former state senator who was found dead outside her own home.

Arkansas State Police said they and Randolph County sheriff's deputies arrested 48-year-old Rebecca Lynn O'Donnell in connection with the death of former state Sen. Linda Collins. Police said criminal charges were pending and did not say whether they were seeking any other suspects in Collins' death.

Collins, 57, who went by Collins-Smith in the Legislature, was found dead June 4 outside her home in Pocahontas, about 130 miles (210 kilometers) northeast of Little Rock.

A State Police spokesman declined to say where O'Donnell was being held. The Randolph County jail referred questions to the sheriff, who did not immediately return a call seeking comment. State Police said it did not know when O'Donnell would appear in court.

Ken Yang, a former communications director for Collins, said O'Donnell had worked on the former lawmaker's most recent campaign and that the two were friends. Yang said Collins' family did not have an immediate comment on the arrest but may issue a statement.

Collins served one term in the state House and was originally elected as a Democrat in 2010. But she switched parties and became a Republican in 2011, the year before the GOP won control of both chambers of the Legislature. She was elected to the state Senate in 2014 and was one of the most conservative lawmakers in the majority-GOP chamber. She lost re-election in the Republican primary last year. Collins and her husband, retired Circuit Judge Philip Smith, divorced last year and were in the middle of a legal fight over their properties, including a motel.

Authorities have released few details about Collins' killing and have not said how or when the former lawmaker was killed. A judge last week granted a request by prosecutors to seal documents and statements obtained by police during the investigation. Collins was active on social media but her last tweet was posted in late May.