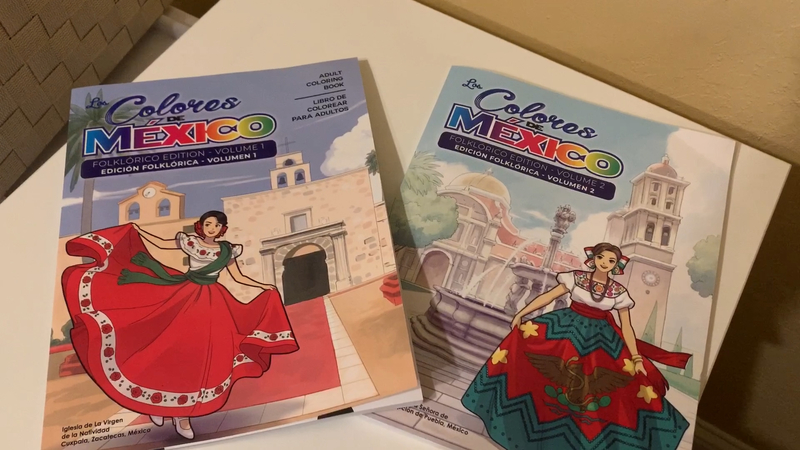 The Tulare County folklorico group is part of the JEMA Foundation formed by Micaela and Raymond Macareno.

"JEMA Foundation - the name stands for 'Juventud Enriqueciminento Musica y Artes', which is youth enrichment and music and arts," says Micaela Macareno, who works with the foundation.

Adds Raymond Macareno, also with the foundation:
"Culture is very important, not just in the Hispanic community, but making sure that we do our part to display that culture and enrich our students. I love that we provide an option for our youth that it doesn't involve just being on a handheld device or a tablet, something that they can be outdoors, learning with other students that have that common interest. It's good for exercise as well."

The pandemic put a stop to performances and fundraising efforts.

"This past year that we've been in lockdown, we just need something to get the kids out more, rather than just staying home, even if we're wearing masks staying 6 feet apart," says Celeste Medina with Ballet Folklorico Del Lago.

Says Micaela: "Some of these dresses for our kids, even the suits, the charro suits are two $300. Or these big embroidered beautiful, colorful dresses that the girls have that are beaded are all several hundred dollars."

Adds Raymond: "It would be really great for us to have a fundraiser, that still could promote culture."

"Volume One is the northern states. Volume Two is the southern states and then volume three is actually the kids version," says Raymond.

Adds Micaela: "We included the maps just to give it that educational component so that when they're looking at their costume, or something that looks familiar to them, then they can see, 'Oh that's the region that's where that's at' and kind of make that connection."

The Macarenos included their daughter Jema in the illustrations. The coloring books are believed to be the first of their kind.

"It's great to see how detailed some of these dresses are but it is fun to color. We wanted to give something that would enrich other people's lives, not only in our community, local community but nationwide," says Raymond.

JEMA Foundation has a goal of expanding its cultural arts programs and building confidence.

"At first I would like go really slow. But then, when I started practicing more, I got faster and faster," says Carolina Medina with Ballet Folklorico del Lago.