These are the 7 candidates running for Long Beach mayor

Among the mayoral candidates, three common topics they're focusing on are public safety, homelessness and economic development.
KABC
By Jaysha Patel 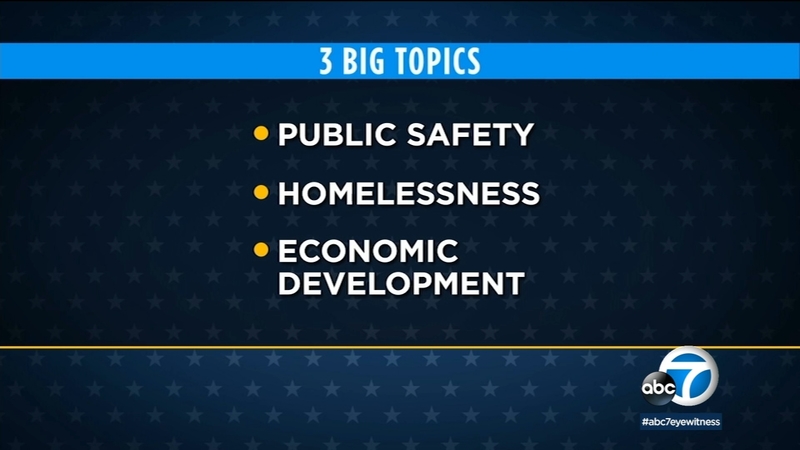 These are the 7 candidates running for Long Beach mayor

LONG BEACH, Calif. (KABC) -- As Long Beach Mayor Robert Garcia runs for congress, seven candidates are running to be the next Long Beach mayor in the primary election.

There are five newcomers and two councilmembers, Suzie Price who represents the third district, and Vice Mayor Rex Richardson in the ninth district.

Among all the candidates, three common things they're focusing on are public safety, homelessness and economic development.

"Public safety of course is a three-prong approach. We need more police officers to help patrol the streets, we need to invest in police accountability and training to make sure we have public trust in our police department and we need to invest in early intervention programs," Price said.

Richardson says as a council member and vice mayor, these are issues he's worked on for years.

"I have a proven track record of delivering for Long Beach families having built the city's first municipal shelter and having invested in public safety to reduce response times in all of our communities," Richardson said.

For Deborah Mozer, she says her background in commercial finance sets her apart. She says she wants to get the city's budget under control.

"Trying to bring business to the city, keeping the city's assets like the Queen Mary, getting them back into working condition so they're operational so we have our tourist dollars," Mozer said.

For write-in candidate Melanie Becerril, she says she notices homelessness on the street, speeding on roads and trash around the city.

"I like things to be done the way the politicians, or the council people, the mayor said they're going to be done but as a Long Beach resident when you notice those things aren't being done, and because I'm here and see those things happening, I think I have a stronger voice," Becerril said.

Substitute teacher Raul Cedillo is calling for rent control and raising minimum wage but is also focusing on the environment.

"Not only the worst air quality but we also have a problem with traffic and we can take a look at making public transportation free for everyone," Cedillo said.

Joshua Rodriguez has been a police officer for 10 years and believes public safety is a priority.

"We should be at a 1,000 officers and the city should be safe for everyone. We pay a lot of high taxes and then we go into homelessness. Homelessness is pervasive in the entire city of Long Beach and L.A. We need to take drastic measures and declare a state of emergency, requesting help from the federal and state government to help us house these people that can't care for themselves," Rodriguez said.

For Franklin Sims, he says his daughter was a driving force to run for mayor. He says tapping into parks and the beach for programs will not only help parents out, but also help keep kids away from violent crime.

"I just left a family and what she's struggling with, she a single mom. Summer's coming. She can't afford the YMCA and the Boys and Girls Program, so all three of her kids are going to be in the house together in the summer. That's got to change in the city," Sims said.

To find voting Information you can go to longbeach.gov/cityclerk.