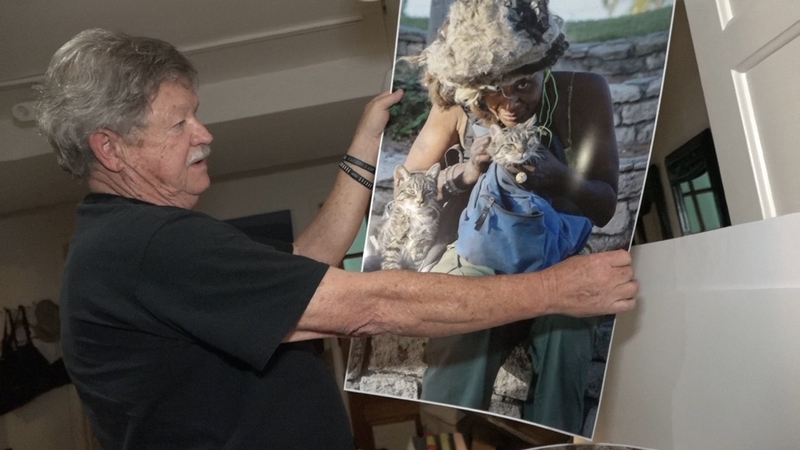 "I don't know too many people my age who could handle what you have to do to get your gear out there and try to get people to appreciate what you do," said the Long Beach resident.

Freeman retired three years ago after owning his own business in Orange County selling computers. It was then he decided to turn his hobby into what he now calls "photo activism."

"I had some bad experiences." said Freeman. "People have spit on me full face, people have ganged up on me. I had to learn to maintain a decorum that would want them to spend some time with me."

Freeman takes his camera to streets and parks from Skid Row to Orange County, developing relationships with homeless people and documenting their lives through portraits, alongside commentary about each individual.

"This is Jerry," Freeman said, holding up a portrait of a homeless man he met on the street in downtown Los Angeles. "I broke the ice with him by telling him that I didn't have an eye, too. We related on that level."

Despite having trouble finding local galleries to showcase his work, Freeman's portraits are currently on display at the Multi Service Center in Long Beach, which is the city's facility that provides assistance to those experiencing homelessness.

"The show I have in Long Beach now is a huge step," Freeman said. "The homeless people, when they walk in trying to start a new life, those people have told me on the street how amazing it was."