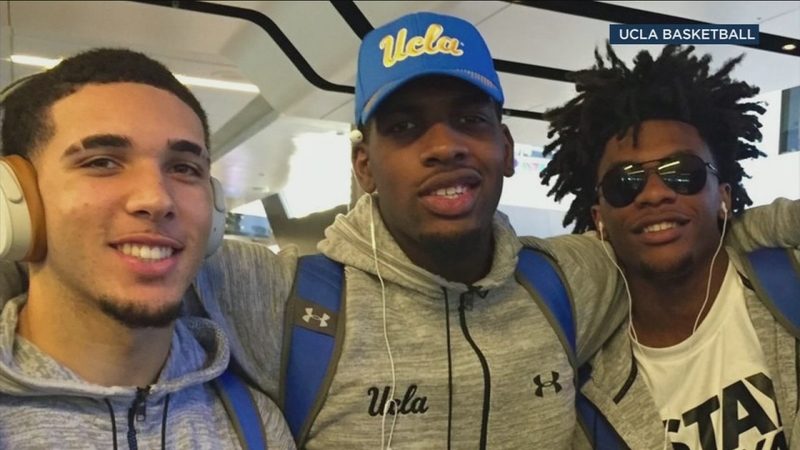 They're accused of stealing from a Louis Vuitton store located right next to the team's hotel.

"We are aware of a situation involving UCLA student-athletes in Hangzhou, China. The University is cooperating fully with local authorities on this matter, and we have no further comment at this time."

Nearly 20 police officers came to the Hyatt Hangzhou at approximately 8 a.m. local time Tuesday and spoke to multiple players from both Georgia Tech and UCLA, a source told ESPN.

The players, according to the source, were kept in a room for hours and not allowed to speak to any of the coaches.

Hours later, the Georgia Tech players were allowed to leave the room, and the UCLA players were seen getting into a police vehicle around 1 p.m. local time, according to the source.

The big question is what could happen to them in the Chinese legal system.

"Potentially, they could be in quite a bit of trouble," said William Nee, a China researcher at Amnesty International. "China has a near 100 percent conviction rate, so once people are indicted, it's almost certain that they'll be found guilty."

Meantime, students at UCLA said they were stunned.

"It's wrong to steal from some other place. Whoever you are, stealing is wrong," said student Shawshan Gouda