Officials believe the suspect came out of a tent within an adjacent area of thick brush and trees during a standoff with officers and fired a weapon.
KABC
By Jessica De Nova 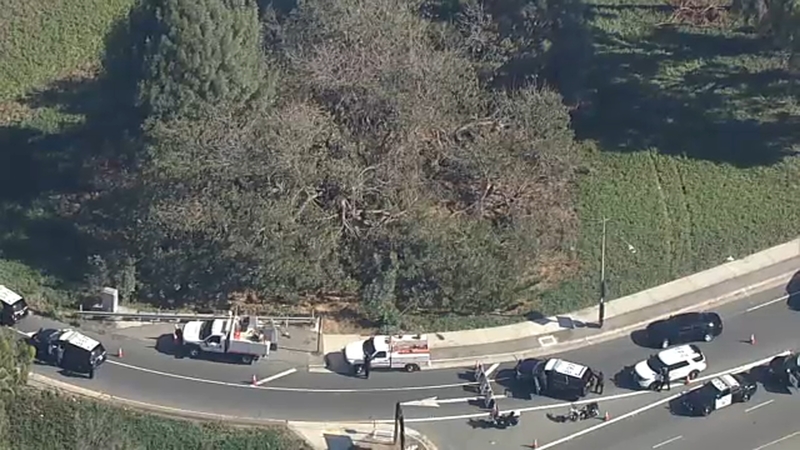 Suspect dead after allegedly shooting at CHP officers near 605 Freeway

LOS ALAMITOS, Calif. (KABC) -- A suspect who allegedly fired upon California Highway Patrol officers near the southbound 605 Freeway in Los Alamitos Thursday was found dead in a nearby tent, authorities said.

While Caltrans workers were conducting routine landscaping work around 9:30 a.m., they noticed a person in an adjacent area of thick brush and trees and called officers over.

"Two of our officers made contact with an adult male and at that time an officer-involved shooting occurred," said CHP Officer Duane Graham.

Officials believe the suspect came out of a tent within the wooded area during a standoff with officers and fired a weapon. It's unclear how many rounds were fired, but one CHP officer suffered an injury to one of his eyes. He was described as being in "good spirits" and was expected to be okay, Graham added.

Authorities initially said the Caltrans crew were also fired at, but later clarified it was just CHP officers.

"After repeated attempts to give commands to have the individual that was suspected of being involved in this incident to come out, we located a deceased male once we made entry," Officer Graham said.

Investigators have not released further details on the shooting or whether any weapons were recovered at the scene.