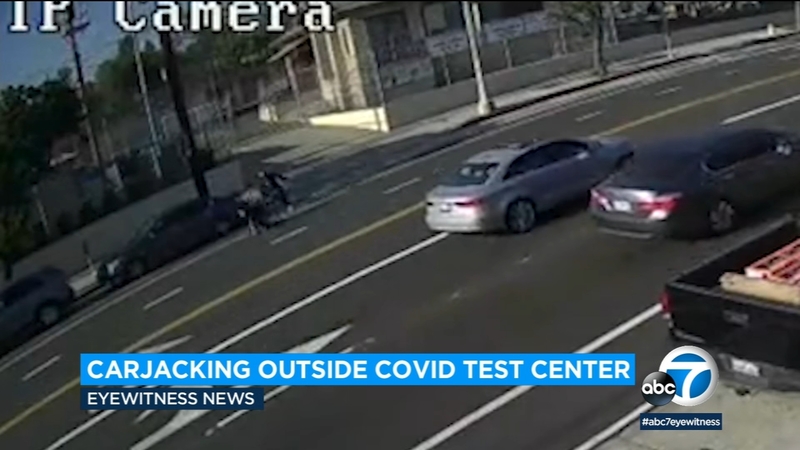 DOWNTOWN LOS ANGELES (KABC) -- A suspect was arrested after police say he was captured on video carjacking a woman who was getting tested for COVID-19 at an adult school in downtown Los Angeles.

The incident happened Tuesday at Evans Adult School at 717 Figueroa St., the site of an LAUSD COVID-19 testing center.

The parent was getting tested and as she was leaving, a man approached her from behind and carjacked her, according to the L.A. School Police Department.

The woman's child was in the car, but she was able to get the child out before the suspect took off. She suffered minor injuries, according to police.

The car and the carjacker were later found in Glendora and he was arrested.