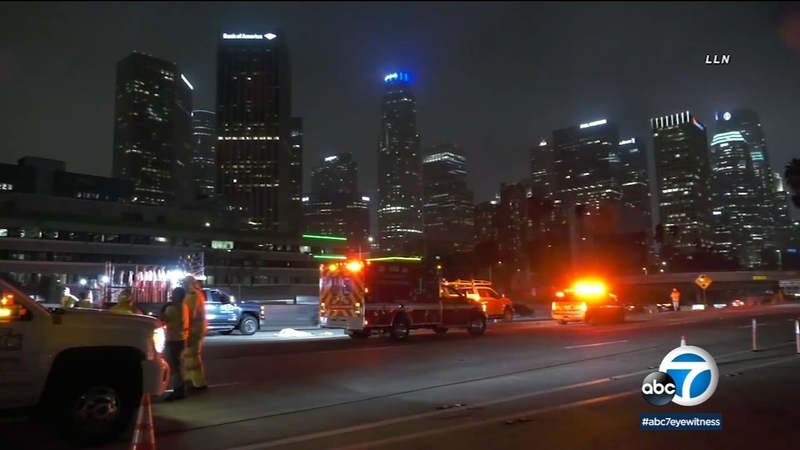 DOWNTOWN LOS ANGELES (KABC) -- A contractor working for Caltrans was struck and killed by a hit-and-run driver near the 110 Freeway in downtown Los Angeles early Wednesday morning, authorities said.

According to the California Highway Patrol, the man was working near the 110 Freeway and West 3rd Street at about 12:15 a.m. when he was hit. He was in the process of closing down a lane of a collector ramp.

CHP said the vehicle took off without stopping, and the victim was pronounced dead at the scene by LAFD personnel.

The victim's identity has not been released.

The suspect vehicle was only described as a dark colored SUV.