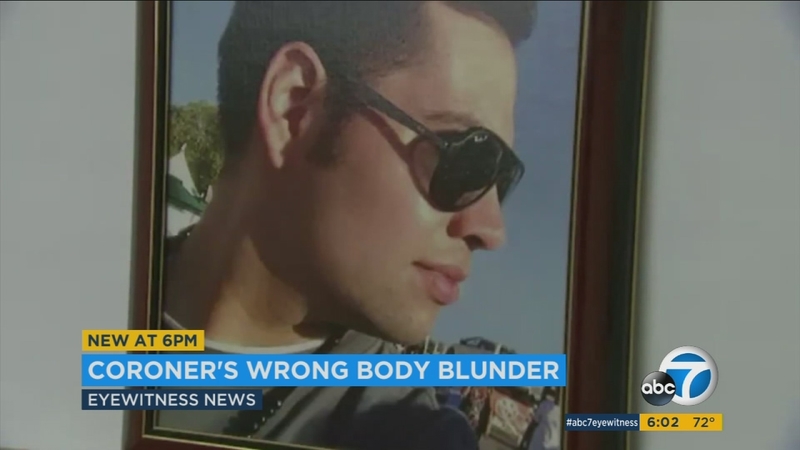 LOS ANGELES (KABC) -- A family said their loved one was cremated instead of being sent to the mortuary for viewing in an apparent mix-up at the Los Angeles County coroner's office.

Marylou Diaz said it all started when her nephew, 26-year-old Jorge Hernandez, had a medical emergency along the side of the road in Glendale.

He was taken to Glendale Adventist Medical Center, where he was pronounced dead.

"I mean I watched that little boy grow up. I changed his diapers and everything. To see this happen to him, it's just so unfair. We just want justice," Diaz said.

But then details get murky. The family said they wanted an autopsy done, so Hernandez's body was sent to the coroner. That's when, according to the family's attorney Luis Carrillo, the coroner got the body mixed up with another body by the same name.

Instead of Hernandez going to the mortuary for a viewing, he was cremated.

"They were understaffed, incompetent, lazy - I don't know what. But they didn't look at the correct number for the Jorge Hernandez that was going to be picked up by the funeral home. Instead they cremated their son, causing all this drama and shock to the family," Carrillo said.

The family is now suing the coroner's office because even though they said they intended to eventually cremate Hernandez, they never got to say a proper goodbye due to the mix-up.

"It was bad enough that we lost him. And then not being able to have that chance to say goodbye, so when they told me that...they kind of killed him all over again," Diaz said.