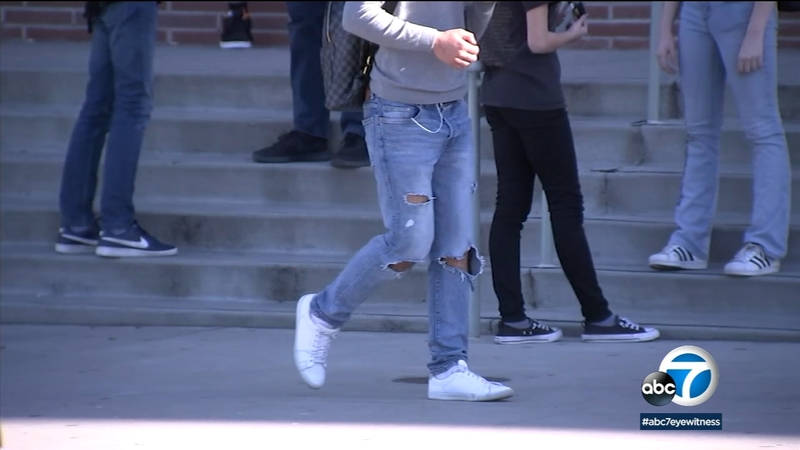 Children in danger are often removed from their homes by governmental agencies. But is the system fair? There's a controversial new remedy being used, the "blind removal" solution.

White children account for 20 percent of the general population, but only 11 percent of child welfare services population.

In an effort to address the disparity, child welfare workers in Nassau County, New York conducted a five-year study to test what's called a "blind removal" process. A caseworker does not disclose the race, name, or location to describe a family, beyond information about current and past allegations, and risk factors.

The resulting data from the study is said to be the most significant decrease in racial disproportionality within the Nassau county system ever.

Now, L.A. County plans to test "blind removal," working with Dr. Tyrone Howard, of UCLA's Pritzker Center for Strengthening Children and Families, to pilot the program in at least one regional Department of Children and Family Services office.

"We have to try something because the bottom line is there are far too many Black children being taken from their families, and that is unacceptable," said Howard. "So we have to be creative. We have to be innovative and we have to look at any time of effort that we know may have some success."

This is not a simple solution. There are those who worry "blind removals" will make it harder for social workers to do their jobs because of the additional time needed. Another concern is if "blind removals" provide an opportunity for workers to have their own bias since they control the information presented to the committee.

"It's not the 'end all be all' if it works. There are a number of different tools that can be used, that should be used, and some are being used to reduce racial disproportionality," said Howard. "We just want to study to see if "blind removal" can cause just one family, two families, to remain intact.

"Los Angeles County is the largest child welfare system in the entire United States. So if there's ever a place to look at how we do decrease these racial disparities, L.A. County's the place, and now's the time," said Green.