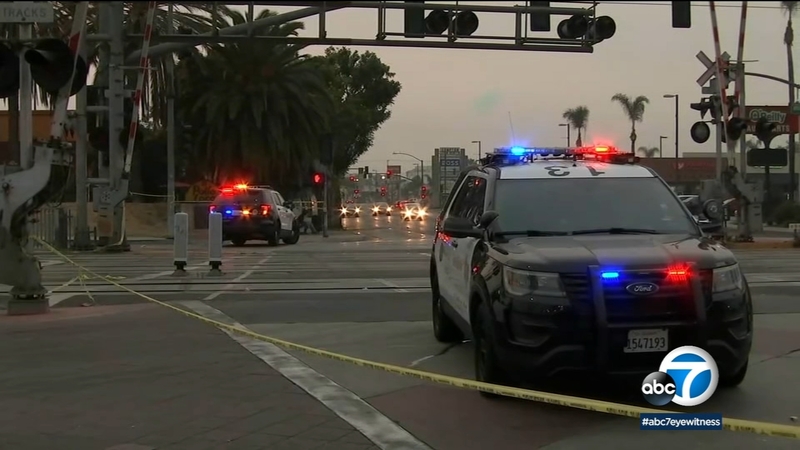 Villanueva said Wednesday during a news conference that from 2019 to 2021, homicides increased about 94% and grand theft auto increased 59%.

"I say those are the two glaring numbers because obviously they're definitely going in the wrong direction," Villanueva said.

The sheriff says part of the dramatic increase in crime stems from the pandemic.

"A lot of this is still pandemic-related. Obviously, the societal patterns, behaviors, people at home, businesses closed - it disrupted a lot of cycles of crime and opportunities for crime, but unfortunately, the underlying premise of violent crime, the proliferation of guns, 'ghost guns' on the street, that keeps rising," the sheriff said.

Villanueva said the approximately 94% increase in homicides is "unique to Los Angeles County - I think throughout the entire United States it's probably one of the biggest jumps ever."

The sheriff also attributes the grim crime stats on the L.A. County Board of Supervisors' decision to place a hiring freeze on the sheriff's department at a time when he says there's a critical need for more deputies.

"I still have a majority of the board that is dead set on defunding the department, and that does not work because the community is suffering directly as a result of their decisions, not of our actions," Villanueva said.

The sheriff also points fingers at L.A. County District Attorney George Gascón for the huge jump in violent crime because of his policies.

Villanueva said this year he's focused on hopefully increasing the number of sworn deputies from 9,500 to at least 10,300.

He also says he will continue expanding the body-worn cameras for deputies, and that it's led to a 43% decrease in reported complaints in one year for stations that have deployed the devices.

"We must put a stop to increasing crime rates in our county. The answer to fighting crime is twofold, perpetrators must face consequences when breaking the law and funding must be directed to support crime prevention strategies."

"Police accountability is a top priority for this DA. He is working to restore the public's faith in the criminal legal system by holding law enforcement officers who violate the law accountable for their crimes," Gascón's office said in a statement.