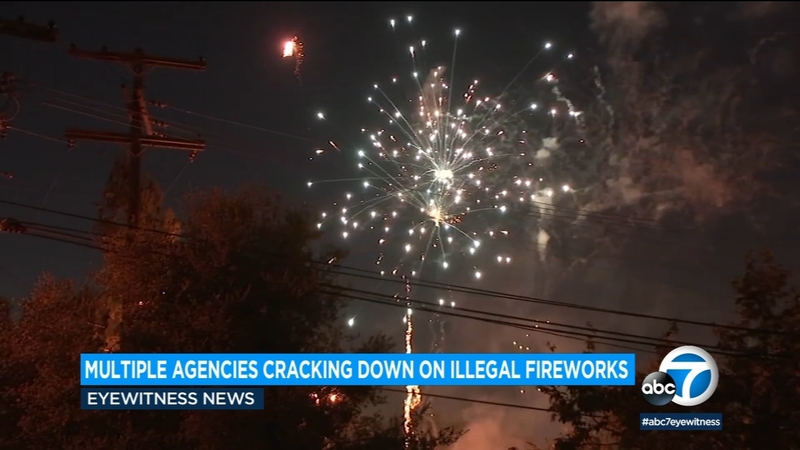 LAPD cracking down on illegal firework activity for 4th of July

LOS ANGELES (KABC) -- Every Fourth of July week, Los Angeles fills the night sky with illegal fireworks. This year, officials will be ramping up their efforts to prevent that.

In a news conference led by officials with the Los Angeles Police Department, Los Angeles Fire Department and Los Angeles City Councilmember Paul Krekorian, the dangers of illegal fireworks were laid out as a message to citizens.

"Particularly, now that we have the drought, these hillsides are ripped for wildfire," said LAFD Capt. Erik Scott.

Some areas in the San Fernando Valley are considered high-risk fire zones.

LAPD Deputy Chief Alan Hamilton said they will be citing and arresting those who are in possession of illegal fireworks, especially in areas that have high severity fire zones throughout L.A.

Officers will be patrolling before and after Fourth of July.

A list of professional and permitted fireworks shows is available at lacityattorney.org/fireworks.