This comes after Sheriff Alex Villanueva refused to fire LASD employees who have failed to follow the county's vaccine mandate.
KABC
By Rob Hayes 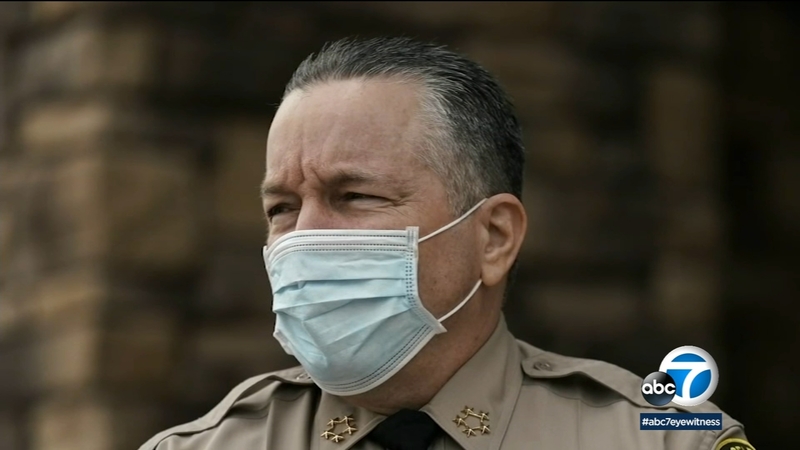 LOS ANGELES COUNTY (KABC) -- The Los Angeles County Board of Supervisors on Tuesday passed a rule change that gives the county director of personnel the authority to fire employees of the sheriff's department who have not complied with the county's vaccine mandate, a power that used to be wielded only by the sheriff.

The rule change came after Sheriff Alex Villanueva refused to fire employees in his department who have failed to follow the county's vaccination mandate.

The motion passed without any discussion on a 4-1 vote. Supervisor Kathryn Barger was the only one who voted no.

The rule change applies to every county department head, but is seen as a way to reign in Villanueva, who has butted heads with the supervisors since taking office.

Villanueva has said enforcing the vaccination mandate would decimate his already shorthanded force, leading to 3,000 deputies and 1,000 professional staff members losing their jobs. The sheriff offered no evidence to back those numbers up.

"The proposed revision of the county code on today's agenda is a targeted overreach by members of this board to undermine the authority of one person, an elected department head who's actions are not inline the board's wishes," said Tab Rhodes, President of the Professional Police Officers Association, who called into the meeting.