A video showing Los Angeles County sheriff's deputies punching a man while taking him into custody is going viral.

EAST LOS ANGELES (KABC) -- The Los Angeles County Sheriff's Department has released new details about an incident caught on video that showed deputies hitting a suspect on the ground in East Los Angeles.

Deputies were called at about 1:50 p.m. Sunday to a fast food restaurant in the 4200 block of Cesar Chavez Avenue about a woman being harassed by her ex-boyfriend who may have been armed with a knife, officials said.

Two deputies made contact with the suspect. When they began patting him down, he refused to let go of a skateboard, pulled away from a deputy, then hit one of the deputies in the face with the skateboard, officials said. The suspect then used his arm to hit a second deputy in the head.

A third deputy arrived and all three brought the suspect to the ground, but the suspect kept struggling with his hands, officials said.

"The deputies, unsure whether he was armed with a knife or another weapon, continued to try to secure his hands," officials said in a news release.

"As more deputies arrived, the suspect was able to be subdued without the use of additional force," the release added.

The video shows one of the deputies hitting the man with a flashlight as the others punch him. Officials said the deputy with the flashlight struck the subject on the side.

Two deputies were treated for eye, nose and forehead injuries.

An investigation into the use of force is ongoing. Investigators were aware of the video of the incident. 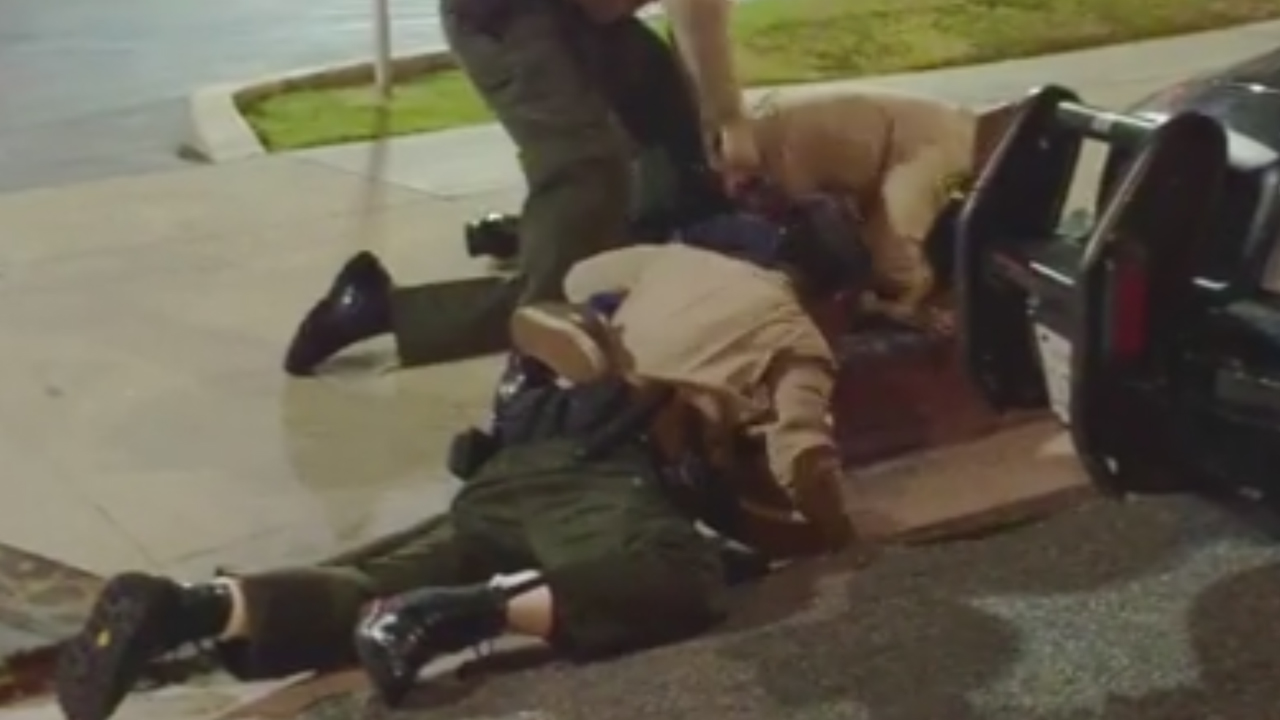