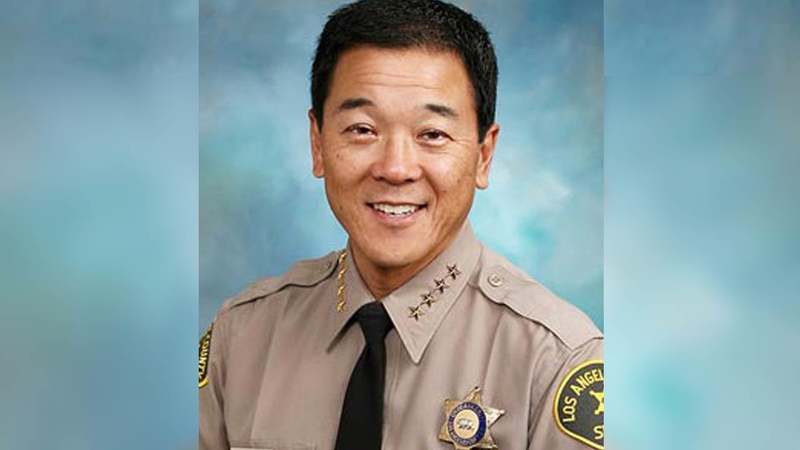 LOS ANGELES (KABC) -- Former Los Angeles County Sheriff's Department Undersheriff Paul Tanaka was convicted in connection with a sweeping, federal civil rights investigation of corruption and deputy-on-inmate abuse inside the jail system, which is run by the LASD.

Tanaka was found guilty by a federal jury of obstruction of justice and conspiracy to obstruct justice.

The 57-year-old was accused of leading a conspiracy to hide jail inmate Anthony Brown after the LASD learned that Brown was an FBI informant, feeding information to the feds about alleged corruption and excessive force against inmates inside Men's Central Jail.

Tanaka, who is the current mayor of Gardena, faces up to 15 years in federal prison when he is sentenced on June 20 by United States District Judge Percy Anderson.

Decker said the corruption was an issue of leadership and the jury clearly stated it should not be tolerated in law enforcement.

"They have sent a very clear message that corruption within law enforcement will simply not be tolerated, particularly when it comes from the very top of those organizations," Decker said.

"This could have been stopped at any point in time," she said. "The entire leadership structure was responsible for this."

Decker also refuted the allegation brought up by defense counsel that the case was a turf battle between two arms of different agencies.

"There was no turf battle. We were investigating criminal conduct" - U.S. Attorney Decker https://t.co/04ooaUNV2g pic.twitter.com/y3iVSpYuT8

Although Decker said she needs to wait for a probation report to develop a formal position regarding sentencing, she said she expects that "considerable jail time will be involved."

Seven other deputies, sergeants and lieutenants have already been convicted of obstruction of justice in this same federal probe. Former Captain Tom Carey, who was indicted alongside Tanaka, took a plea deal last year in exchange for his cooperation.

Former Sheriff Leroy Baca also took a deal, pleading guilty in February to a single count of lying to the FBI about his knowledge of the LASD plan to confront and threaten to arrest an FBI agent on the case.

During the trial, Tanaka testified that he was out of the loop and unaware of the cover-up efforts. The juror said it simply did not believe Tanaka was unaware of the situation.

"If you are that big in your department, you know what is going on," juror Corinne Zemliak said.

"Mr. Tanaka's own words were that the undersheriff ran the department day-to-day and that the sheriff was the face of the department," juror Mark Nolan said.

Following the verdict, Tanaka was whisked away through a side door by U.S. Marshals. While Tanaka refused to take questions, his legal team spoke to the media on his behalf.

"He is disappointed and saddened, and also disappointed for all his supporters and his family. There is a personal consequence to Mr. Tanaka as a human being, to his family, to his children," Tanaka's attorney Jerome Haig said.

Tanaka retired from the department in 2013 and ran unsuccessfully to replace his former boss, losing by a wide margin to Jim McDonnell.

In a statement, McDonnell said in part, "I, along with the hard-working men and women of the Los Angeles County Sheriff's Department, respect the jury's verdict and fully accept and recognize that the justice system holds all of us in public service accountable for our actions. We look forward to closing this particularly troubling chapter in the Sheriff's Department's otherwise long history of providing essential public services in a professional and caring manner."

"Upon taking office, I made it clear that I expect every member of the Department to be held to the highest ethical and professional standards. As we move forward as an organization, we are committed to earning the public's trust every day by providing the highest quality of service with integrity, respect, and accountability," McDonnell continued.