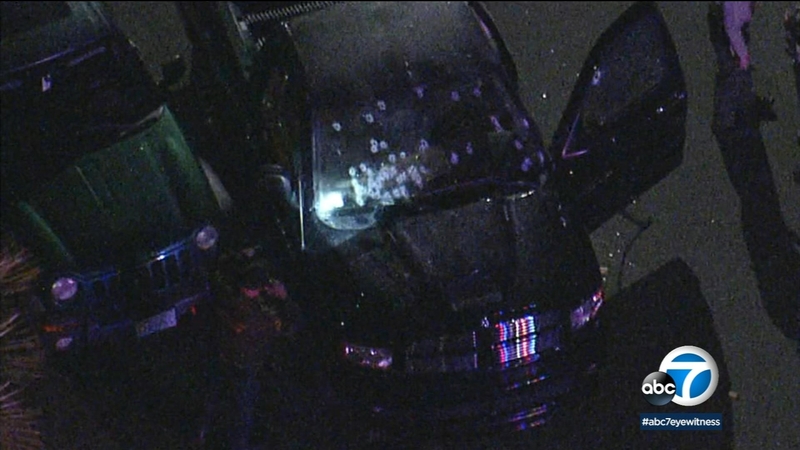 Deputy wounded in shootout with suspect in Lynwood

LYNWOOD, Calif. (KABC) -- A Los Angeles County sheriff's deputy was wounded and a suspect is on the loose after a shootout in Lynwood Monday evening, authorities said.

The deputy, who has not been identified, was transported to a hospital. He is listed in stable condition, and his injury is described as a graze wound to the head.

LASD said the shooting happened around 7:15 p.m. near 112th and Lorraine streets as the deputy was ambushed after responding to a robbery call. The deputy's dispatch call captured sounds of several bullets being fired.

Aerial footage from AIR7 HD showed the suspect vehicle's windshield riddled with bullets and a deputy cruiser peppered with shots.

Deputies set up a perimeter in the area as the neighborhood was on lockdown, and the search for the suspect continued.

Authorities say the injured deputy is expected to make a full recovery.

It's unclear if more than one suspect is involved.