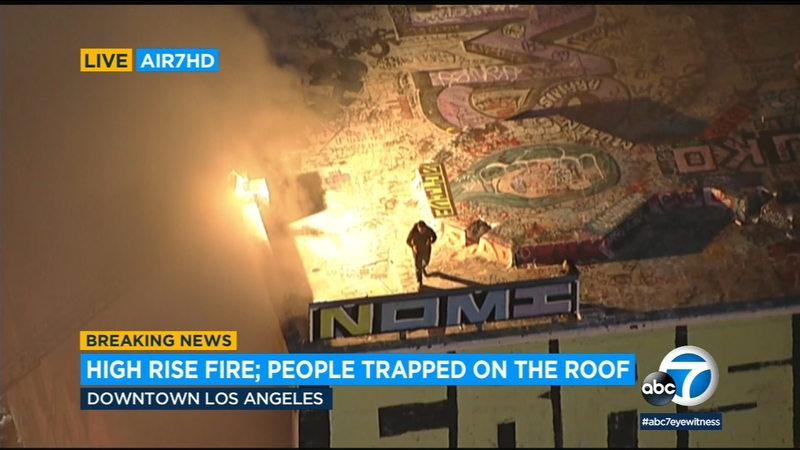 Los Angeles firefighters responded around 7:20 p.m. to 1603 S. San Pedro St., near the 110 and 10 freeways, as thick black smoke billowed from the building.

LAFD says crews knocked down the fire in about 30 minutes after the blaze began to burn on the building's second and third floors.

AIR7 HD captured aerial footage of firefighters extending a ladder from the freeway to the roof of the building to reach the people left stranded. LAFD said once the stairwells were cleared, firefighters led everyone down and they were evaluated for smoke inhalation.

Crews say the eight people on the roof were at the building taking part in a photo shoot.