3 arrested in series of violent LA follow-home robberies, including one that targeted tourists

All three are accused of pulling off multiple robberies dating back to January.
KABC
By Amy Powell 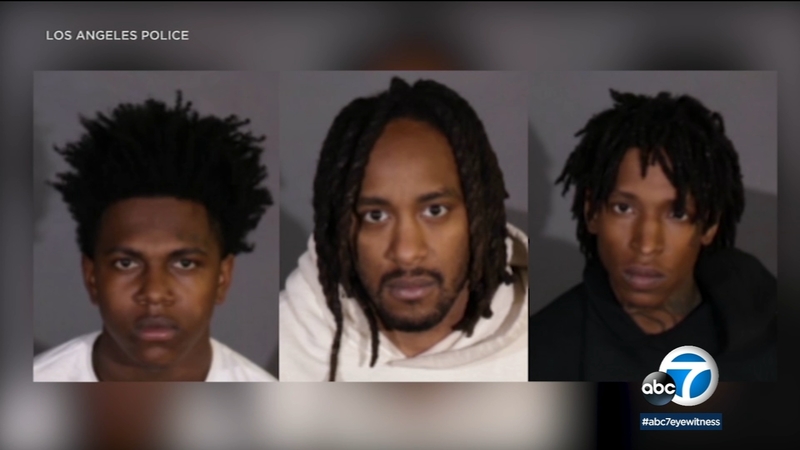 LOS ANGELES (KABC) -- Three men have been arrested in connection with a string of violent follow-home robberies throughout Southern California, including one that targeted two tourists in West Hollywood.

According to an update issued Tuesday by the Los Angeles Police Department, Matthew Adams, Eric Wilson and Jayon Sparks are facing several robbery and gun charges.

All three are accused of pulling off multiple robberies dating back to January, including an attack on two tourists who were heading back to their hotel from a nightclub in West Hollywood, according to police.

Police say Adams, who police say has been charged with seven different robberies that occurred between January and March, and an unidentified suspect robbed the victims of their high-end watches along with other items.

Three suspects arrested for Robbery and/or Possession of Firearm. One suspect (Matthew Adams) was charged with 7 robberies that took place between January & March. During his crime spree, Adams had been arrested & released from jail three times.

Sparks and Wilson were arrested during a traffic stop on March 24. Police found several weapons and items that were stolen during the robberies after officers executed a search warrant.

Adams was also arrested during a traffic stop a week later. Investigators say he's been arrested several times and if he's convicted of all charges, he faces more than 20 years in prison.