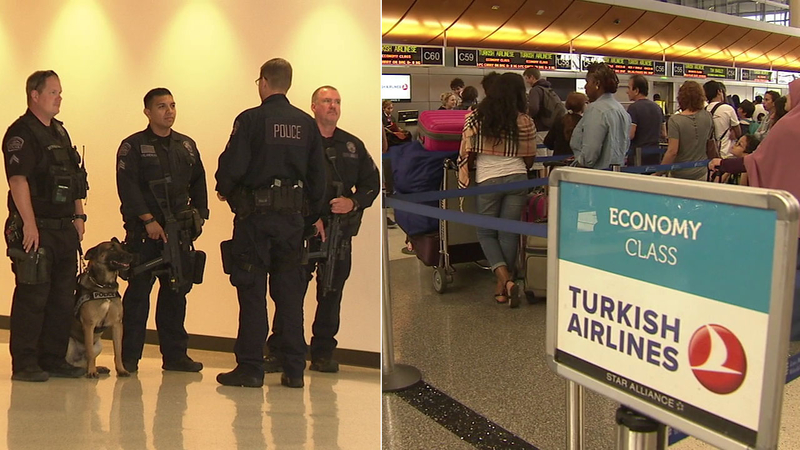 While the Federal Aviation Administration issued a temporary ground stop for all U.S. flights Tuesday night, there were no delays at LAX and no threats. The stop was lifted by early Wednesday morning.

A stronger police presence will be at the airport until further notice. Authorities want to remind travelers to be aware of their surroundings and if you see something, say something.

Authorities said three suicide bombers armed with assault rifles entered the Ataturk Airport Tuesday. The three suspects began firing their weapons and detonating themselves, killing at least 41 people and wounding more than 230 others.

The victims included at least 23 Turkish citizens and 13 foreigners. The death toll excluded the three bombers, who arrived in a taxi and eventually blew themselves up after coming under fire, according to the government, though there were conflicting reports about exactly where they detonated their explosives.