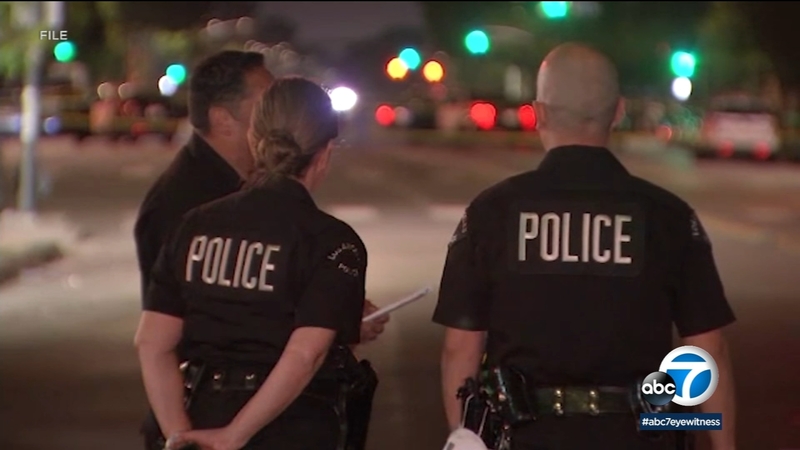 With a week to go before the inauguration of President-elect Joe Biden, law enforcement in the Los Angeles area and across the country are getting ready for possible protests or instances of violence.

"We are actively meeting with our federal state and local counterparts and we're assessing intelligence on an ongoing basis," said Los Angeles County Sheriff Alex Villanueva. "We definitely have a plan of action to take from now all the way through Inauguration Day."

The FBI, Department of Homeland Security and other federal agencies issued a bulletin saying there are armed protests planned at all 50 state capitols through at least Jan. 20. The bulletin added some are calling to storm government courthouses and administrative buildings.

Authorities are bracing for potential violence at California's state Capitol building amid warnings from the FBI of the possibility of attacks at all 50 state capitals leading up to Inauguration of Day.

"We are going to ensure that the safety of our sites, the safety of our elected officials are secure," said Los Angeles police Chief Michel Moore. "We will have added presence, highly visible presence, that will begin by the end of this week and early next week."

This comes as one L.A. City councilmember presented a motion saying any city employee who participated in the insurrection at the U.S. Capitol should be investigated and should face disciplinary actions if appropriate.

Law enforcement is looking to see if anyone from their departments was in Washington, D.C. last week.

Moore says he is directing them to cooperate with the FBI.
"I'm aware of one employee that traveled and took part by attending the speech by President Trump, and his report was that he left prior to the other activities and did not participate in anything that occurred at the capitol," he said.

According to Villanueva, "no one from our department participated in the protest, and if anyone has any information to that extent, please let us know."

Law enforcement is also searching through social media to see if they can find any possible threats.