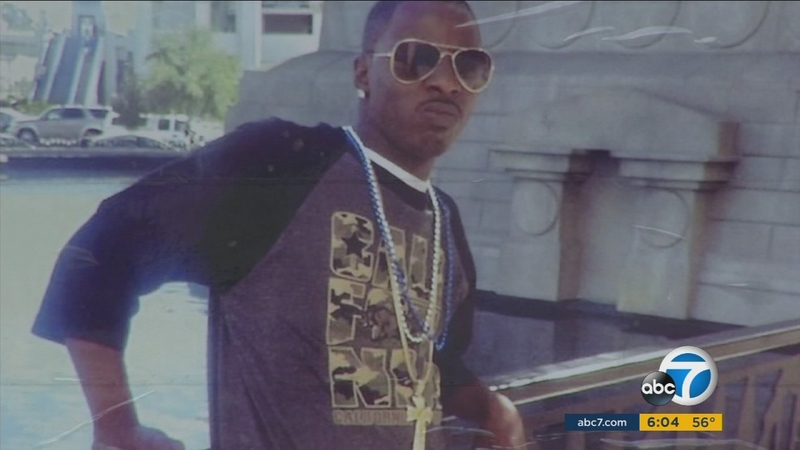 LOS ANGELES (KABC) -- A Los Angeles McDonald's manager, described as a devoted husband and father, was gunned down in what friends say was a "senseless killing."

Sandy Mitchell returned to the scene where Cheyanne Woods was shot and killed around 10:30 a.m. Tuesday.

"I'm trying to find out what really happened because it's bothering me, you know, because he was such a good kid," she said.

Friends, who informed Eyewitness News about the shooting using #abc7eyewitness, said the 29-year-old was a hard worker who had been at McDonald's for 14 years and had moved up to manager.

Woods was a husband and father and his wife left a note describing his devotion on a makeshift memorial at the site of his death. She thanked him for everything he did for her, signing it "forever your wife."

What led up to the deadly shooting is unclear.

Authorities said Woods was pronounced dead at the scene, and friends said he was not involved in any gangs.

"That's why I'm so surprised because nobody ever think that he would get shot or hurt because he's always at work, always at work. If he's not at work, he's at home," Knowlodge Monroe said.

Police said it is unclear if the shooting was gang related and so far they have no suspects in the case.