Drug ring that operated from LA to Philadelphia busted, 83 pounds of meth seized

Investigators say one of the defendants would ship drugs from Los Angeles using UPS, FedEx and the US Postal Service.
WPVI 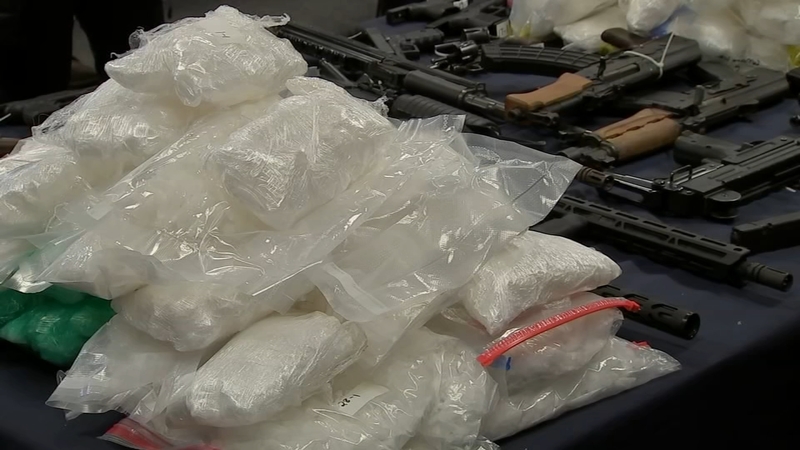 NORRISTOWN, Pennsylvania -- A drug operation that stretched from Los Angeles to the Philadelphia region has been broken up, resulting in multiple arrests and the seizure of millions of dollars worth of drugs.

The district attorney's office in Montgomery County, Pa. announced the results of a year-long investigation on Tuesday.

The alleged leaders of the drug trafficking organization were identified as Tyrone Baker, 29, of East Lansdowne; Shakeem Johnson, 27, of Philadelphia; Joshua Quiles, 31, of King of Prussia; Jhamir Winans, 21, of Exton; and Ricky Evans, 28, of Los Angeles.

The suspects were arrested during a sweep on March 15. Evans has been extradited to Montgomery County, officials said. 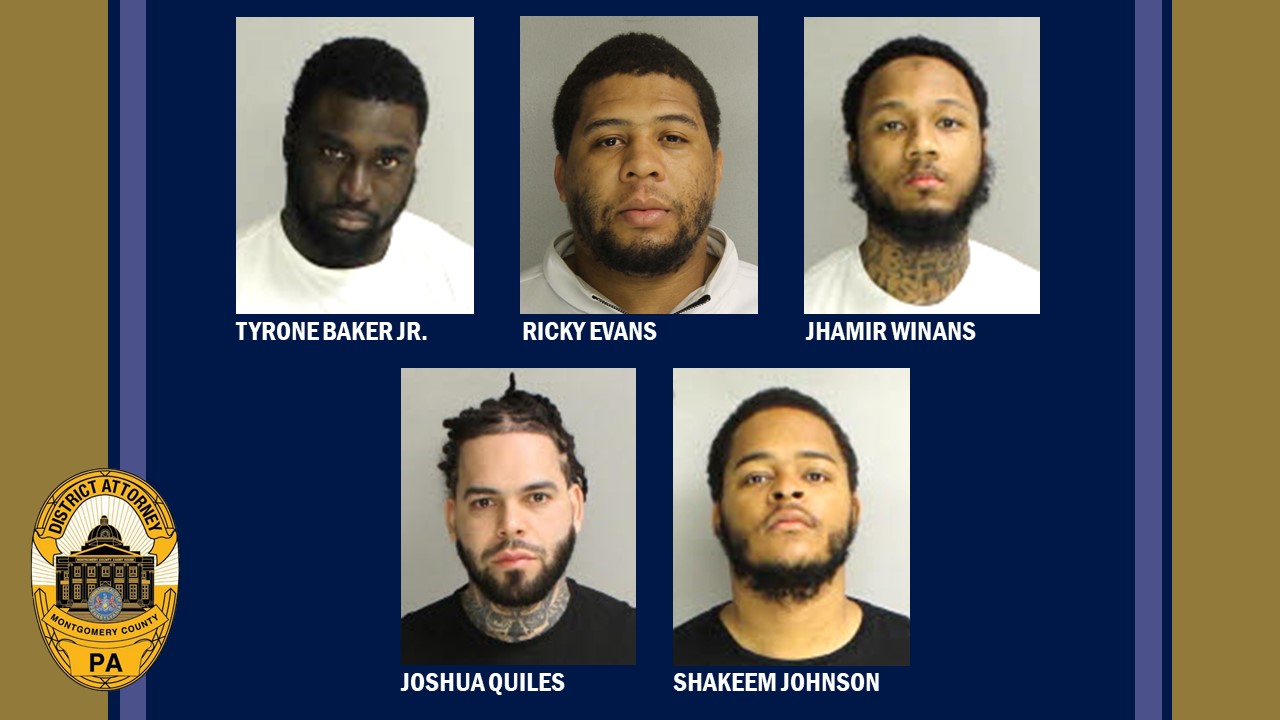 The DA's office said the investigation began in March 2021. That's when an undercover agent was allegedly able to purchase two pounds of meth in Lower Merion Twp. from 29-year-old Chase Smith of Upper Darby, Pa.

That arrest led them to a large-scale methamphetamine drug trafficking organization that operated in the Philadelphia region, along with parts of New Jersey, Maryland and West Virginia, the DA's office said.

Investigators say Evans would ship drugs from Los Angeles to the other defendants using UPS, FedEx and the US Postal Service.

More than 90 packages were found to have matched the pattern of this drug organization, the DA's office said. The organization is believed to have trafficked some 800 pounds of meth in total, as well as other drugs including fentanyl.

Officials say 83 pounds of meth were seized after search warrants were executed, with a street value of $2.6 million to $3.7 million. In fact, investigators believe the suspects shipped more than 800 pounds of meth since 2019.

"The investigation resulting in these five arrests shut off a significant pipeline for methamphetamine to the entire Southeastern Pennsylvania region, and our communities are safer for it," Montgomery County DA Kevin Steele said.

Twenty-five guns, more than $135,000 in cash and several other drugs were also seized during the takedown.