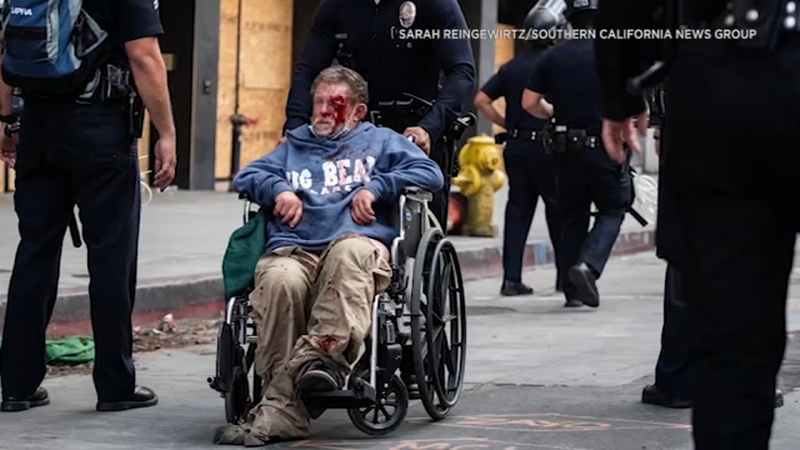 Eyewitnesses say the homeless man was hit in the eye with a rubber bullet as a street protest passed him by.

Thousands of people joined protests and demonstrations throughout Southern California over the in-custody death of George Floyd and racial injustice throughout the week.

The Los Angeles Police Department says it is aware for the images on social media and is now investigating.

Community members placed thousands of roses on the sidewalk outside the Hall of Justice in downtown Los Angeles, in what organizers described as a tribute to victims of the Los Angeles County jail system.