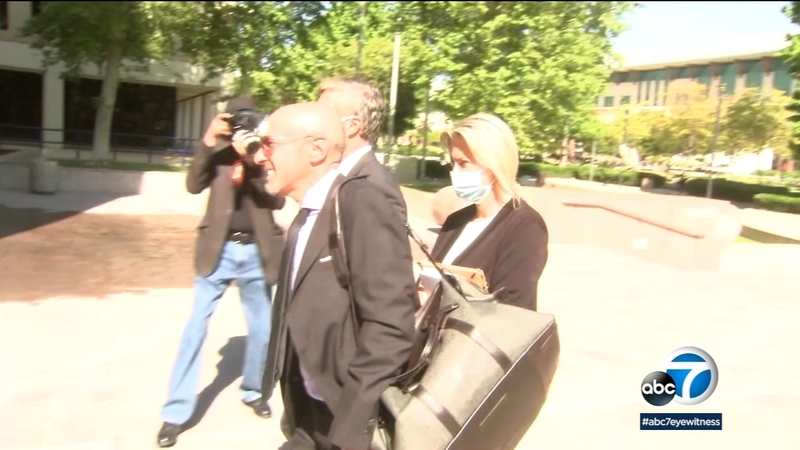 VAN NUYS, LOS ANGELES (KABC) -- The cameras were rolling as wealthy socialite Rebecca Grossman, accused of running over and killing two young brothers while she was street racing, made her preliminary court appearance in Van Nuys.

Grossman entered the Van Nuys courtroom Monday, being charged with two counts of murder and two counts of vehicular manslaughter.

She's accused of killing 11-year-old Mark Iskander and his 8-year-old brother Jacob while they were in the crosswalk at a Westlake Village intersection in September 2020.

Investigators told Eyewitness News that Grossman, who along with her husband founded the Grossman Burn Foundation, was racing former Major League pitcher Scott Erickson at the time.

Erickson has been charged with reckless driving -- a misdemeanor.

Nancy Iskander, the boys mother, was the first on the stand.

She testified that she heard engines, and then saw two SUV's coming toward her and her children in the crosswalk. She said that she waved to try and get the drivers' attention before pushing her 5-year-old son out of the way.

Iskander said that she looked back and something had happened to Mark and Jacob.

As she wept, Iskander said that the drivers didn't stop when the 11-year-old boy was on the hood of Grossman's vehicle.

"It's been very tough...and we're saying the truth, and we'll get justice," Iskander said.

"We trust the justice system," the boys' father, Karim Iskander, said. "And we are hopeful that she will, that we will get justice."

Once both sides have presented their case, the judge will decide if there's enough evidence for Grossman to stand trial.

Grossman remains free on a $2 million bail. If convicted, she faces a maximum sentence of 34 years to life in state prison.