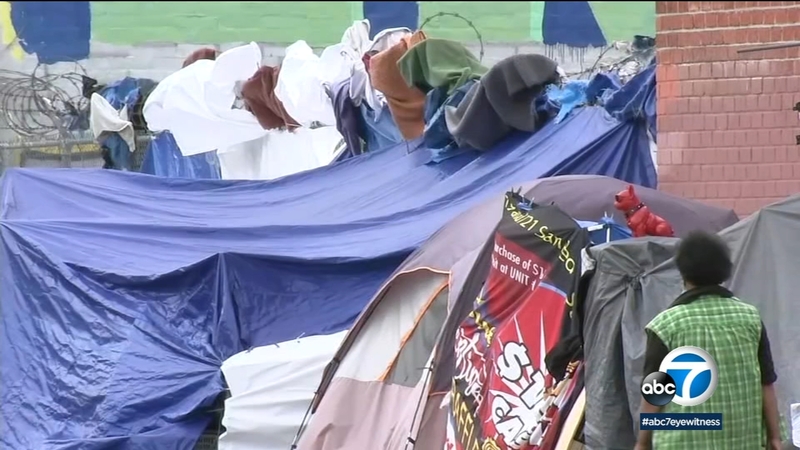 Judge lashes out at LA leaders over homelessness crisis

The city and county have to figure out how to shelter the over 2,100 people living on the streets of Skid Row six months from now.

"He didn't use the word receivership in his order, but it sure sounds like it to me. He's taking that billion dollars and saying you can't touch a dime of it until you run your spending plan past me, and I say that's OK," said Elizabeth Mitchell, the attorney for the LA Alliance for Human Rights.

Mitchell represents the plaintiff in the lawsuit, the LA Alliance for Human Rights, which is made up of business owners and community members fed up with the way local officials have handled the crisis. Carter's order focuses on sheltering the homeless rather than building permanent housing, which has been a slow and costly process.

A judge overseeing a sweeping lawsuit about homelessness in Los Angeles ordered the city and county to find shelter for all unhoused residents of Skid Row within 180 days.

"Skid Row is the epicenter of homelessness in the country, so I think the idea being if we can solve homelessness on Skid Row we can do that anywhere. But, this ruling is not limited to Skid Row. I want to be very clear. That billion dollars is going to address homelessness throughout the city," said Mitchell.

The same billion dollars Mayor Eric Garcetti laid out in his budget this week, now in the hands of Carter. The city and county can appeal.

"We have to make sure that we are doing things that are legal and possible. For instance HHH dollars cannot be taken. That is a legal vote of the voters," Garcetti said on Tuesday.

In the 110 page order, Carter wrote "politicians measure success by how much money they have raised to combat homelessness. Service providers with clipboards endlessly approach homeless individuals with services and promises to return, yet are unable to provide sufficient shelter or housing. Bureaucrats create statistics trumpeting their efficiency and success to the public. But none of this has led to accountability or solutions."

The Los Angeles Mission, a homeless shelter on Skid Row, welcomed the ruling.

"It's an opportunity for us to come to the table to really look at all the solutions that are needed to really combat homelessness in our city and our county," said Troy Vaughn, president and CEO of the Los Angeles Mission.