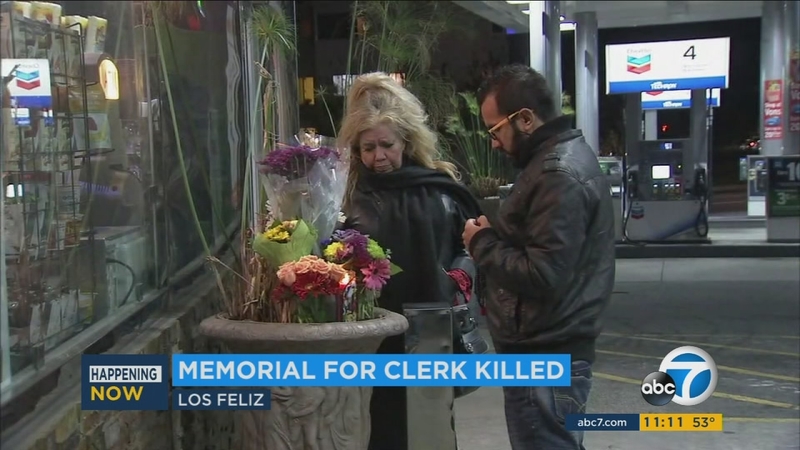 LOS FELIZ, LOS ANGELES (KABC) -- An employee at a Chevron station in Los Feliz was shot and killed during a robbery early Tuesday morning, and the shooter was at large.

According to Los Angeles police, the incident happened around 3:30 a.m. at the Chevron on the 2100 block of North Vermont Avenue - that's right at the intersection of Los Feliz Boulevard and Vermont Avenue.

When the customer left, authorities said the suspect approached the clerk to make another purchase and then pulled out a gun.

"The suspect then reached over the counter and took the cash drawer from the register," Detective Meghan Aguilar said.

Police said the clerk cooperated with the suspect, but the person was eventually shot multiple times. The clerk was still able to call 911.

The employee was taken to a local hospital, where he was pronounced dead.

A friend of the clerk's said the man was a young graduate student from Bangladesh who was working his way through college and sending money home.

Locals said it was a surprise to hear about the shooting as the area is very safe.

"It's very sad and unexpected. You just don't see something like this happening in this area and just to happen is very surprising," Ryan Muldowney said.

Authorities said the suspect, who is in his 20s, took off in a light-colored car, but it was unclear if he was the driver or had someone driving for him.

Authorities also want to speak with the customer who was in the store before the shooting happened to find out what he heard or saw.