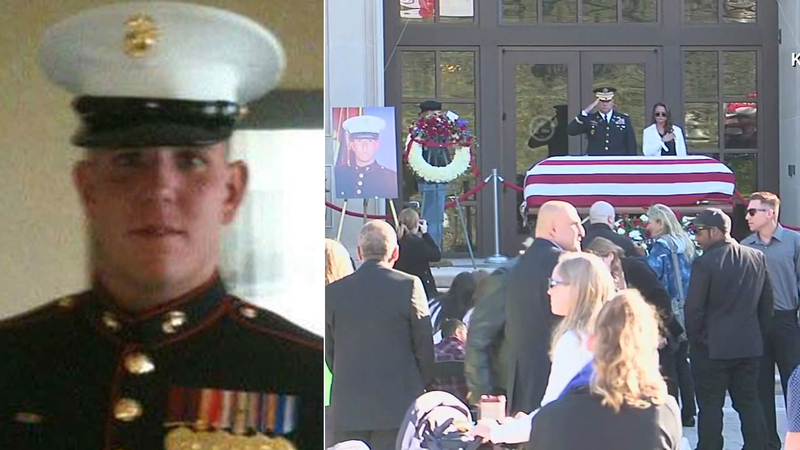 TEMECULA, Calif. (KABC) -- A memorial service was held Friday for a U.S. Marine killed in Iraq.

Hundreds of people came to pay their respects to Staff Sgt. Louis Cardin. The 27-year-old died on March 19 in a rocket attack during his deployment in the country.

He is the first U.S. serviceman killed in Iraq this year. He was assigned to the 2nd Battalion, 6th Marine Regiment, 26th Marine Expeditionary Unit, Camp Lejeune, North Carolina.