It's a good time to be Luke Combs. The country star is topping the charts and celebrating six CMA Award nominations.
OTRC
By George Pennacchio 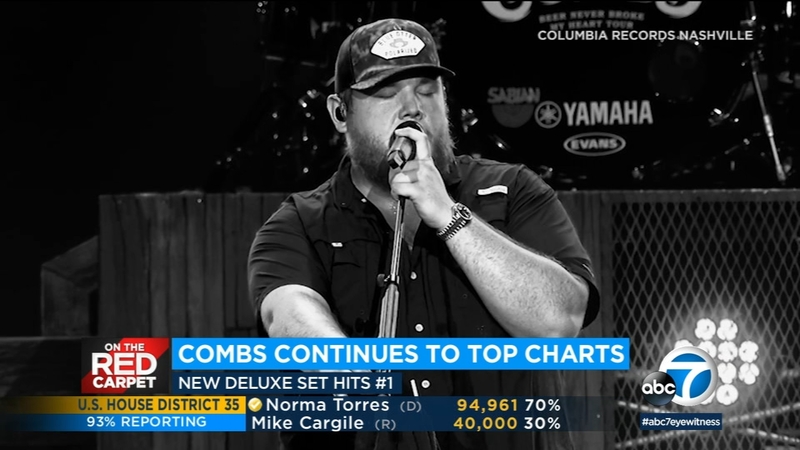 LOS ANGELES -- Country music star Luke Combs should be on the biggest concert tour of his career. Of course, the chart-topping star had to cancel the "What You See Is What You Get" tour because of the coronavirus pandemic.

So, he instead released a deluxe version of his last album. And guess what? It went to No. 1.

Combs has plenty to celebrate. Earlier this year, he also got married. And if that wasn't enough, he's nominated for six CMA Awards. The 30-year-old singer-songwriter says he feels blessed for what he does have, but is honest in admitting there are a lot of things he is missing right now.

"You know, on one hand you're really excited for the noms, and I'm thrilled to have gotten married to my beautiful wife and to have those things, but to have that be juxtaposed with not being able to be on the road, not get to make music, and see the fans, you know, give a little kid my hat, throw out a guitar pick, I really miss those things," said Combs.

"Those people are just way so much farther up than I am," said Combs. "Their credentials list is infinitely longer than mine, so just to have a seat at the table, it's really neat. I'm just elated to even be considered for that, so potentially think of maybe winning that one day whether it's this year or 10 years from now is unbelievable."