Lyft driver arrested on suspicion of rape in Van Nuys 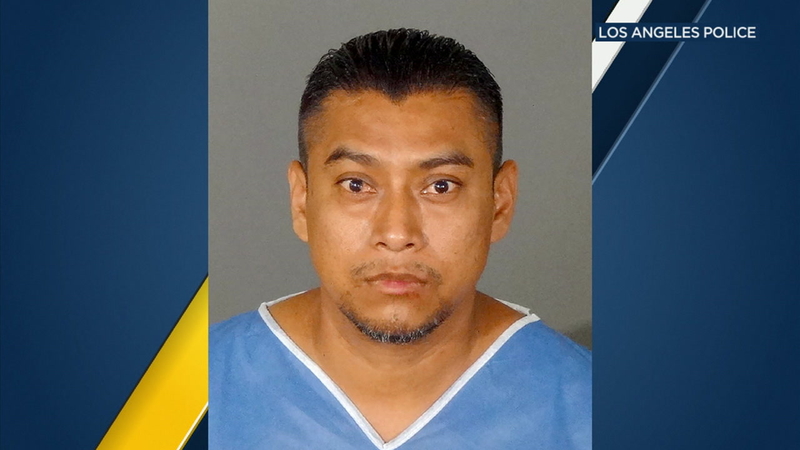 VAN NUYS, LOS ANGELES (KABC) -- Los Angeles police arrested a Lyft driver on suspicion of raping a woman he drove home from a Van Nuys pub, and investigators are asking other potential victims to come forward.

Police said a Van Nuys woman "summoned" a Lyft ride when she left a local bar around 10 p.m. Tuesday, according to a news release. The driver brought her to her neighborhood, but before she got out of the car, police say he sexually assaulted her.

Detectives identified the suspect as Octavio Alvarez Gomez, 37, and arrested him as he was working as a Lyft driver.

Gomez was booked for kidnap with intent to commit sexual assault, rape, sexual penetration with a foreign object and felony sexual battery. He was being held on $2.25 million bail.

The news of the arrest and rape case is causing some women to question whether they should use the service.

"It makes me think twice about using it actually. Especially as a female and using it by myself, it makes me kind of scared," Ellie Ngo said.

Lyft issued a statement saying the driver has been deactivated from the rideshare service.

"The allegations described are truly horrific and we have reached out to the passenger to extend our full support," Lyft said in a statement. "From day one, the safety of our community has been our number one priority. As soon as we received this information we deactivated the driver and we stand ready to assist law enforcement with their investigation."

The LAPD said Gomez worked for Uber as well as Lyft.

Noune Bagdasarian, who owns a local limo company, has been lobbying against rideshare companies, which she says need more safety regulations.

"We do a background search on chauffeurs before they're hired. They go through rigorous training. We carry a $10 million insurance," she said.

Other women who've used the service said they've never had any problems with rideshare companies, but do say safety in numbers may be a good approach.

"If you're going to go out - always have someone with you. Do not go out alone," Shaira Dingal said.