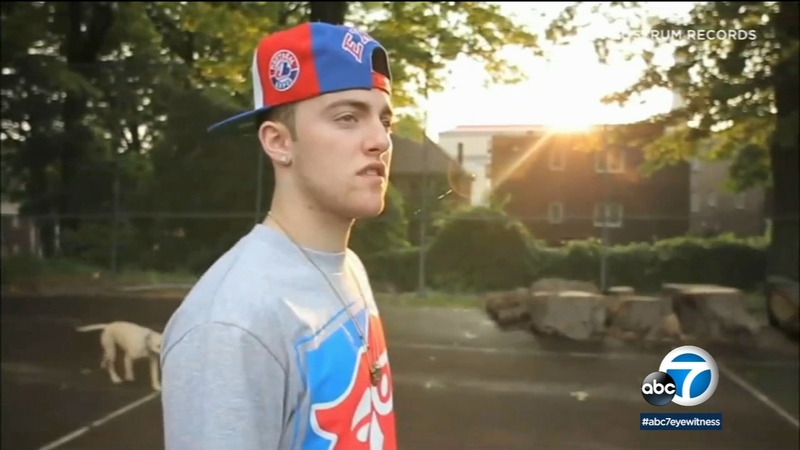 LOS ANGELES (CNS) -- A man has agreed to plead guilty in Los Angeles to a federal criminal charge for supplying counterfeit pharmaceutical pills containing fentanyl to the drug dealer accused of selling them to rapper Mac Miller, who then suffered a fatal overdose, the U.S. Department of Justice announced Wednesday.

Ryan Reavis, 38, formerly of West Los Angeles, who moved to Lake Havasu, Arizona, in 2019, will formally enter his plea to a single federal count of distribution of fentanyl on a date to be scheduled, according to the DOJ.

On Sept. 4, 2018, at the direction of co-defendant Stephen Walter, 48, of Westwood, Reavis knowingly distributed counterfeit oxycodone pills to co-defendant Cameron Pettit, 30, of West Hollywood, according to his plea agreement.

Coroner's officials on Monday released the cause of death of the rapper Mac Miller, who died in September at his home in Studio City.

Reavis admitted to knowing that the pills contained fentanyl or some other controlled substance. Shortly after Reavis handed the fentanyl-laced pills to Pettit, Pettit distributed the pills to 26-year-old Malcolm McCormick - who recorded and performed under the name Mac Miller - two days before the rapper suffered a fatal overdose in Studio City on Sept. 7, 2018, the DOJ said.

Last month, Walter signed a plea agreement in which he agreed to plead guilty to one count of distribution of fentanyl. Both Walter and Reavis are expected to plead guilty in the coming weeks before U.S. District Judge Otis D. Wright II in downtown Los Angeles.

The case against Pettit is pending.

Miller began rapping at 14 and built a large following before signing with the label of fellow Pittsburgh rapper Wiz Khalifa. Miller released five studio albums and a series of mixtapes during his career. His final album, "Swimming," was released on Warner Records just a month before his death.