Police say there is no indication that the person who placed the flag is a LBPD employee and they are still reviewing evidence to find those responsible.
KABC 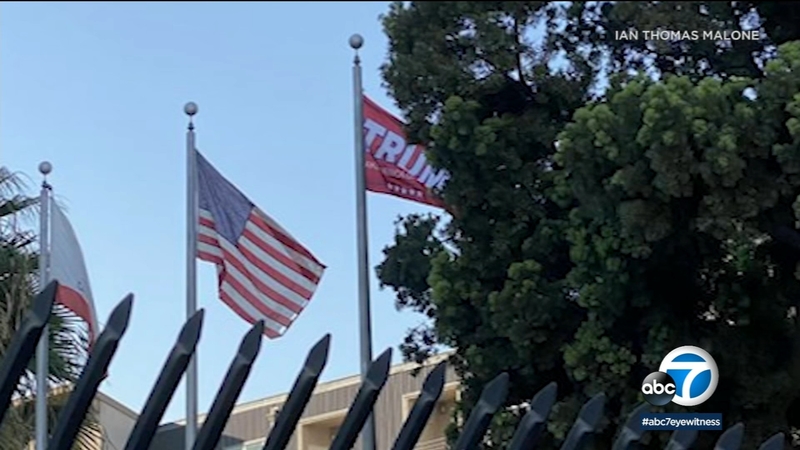 Long Beach police said the flag was not authorized and are trying to figure out who put it up. The department said it found out about the incident Sunday morning.

It is unclear how long the "Make America Great Again" flag had been up. The flag caused some outrage on social media.

Long Beach police tweeted out a grainy video of what they say shows someone crossing the street and entering their lot, which is under construction, to change the flag.

"The City of Long Beach flag was stolen from the department flagpole and was replaced with an unauthorized political flag," police said in a statement. "A padlock was also placed on the flagpole's in order to restrict the flag's removal."

🚨A message from the Long Beach Police Department: pic.twitter.com/8w7kOpY8J7

LBPD said the flagpole area is only accessible from a "small, secured parking lot which houses a construction trailer." It added that the space is restricted to mainly construction workers due to ongoing construction of a parking lot.

Police used bolt cutters to cut and remove the flag, according to the department's statement.

Police say there is no indication the person is a LBPD employee and they are still reviewing evidence to find those responsible.