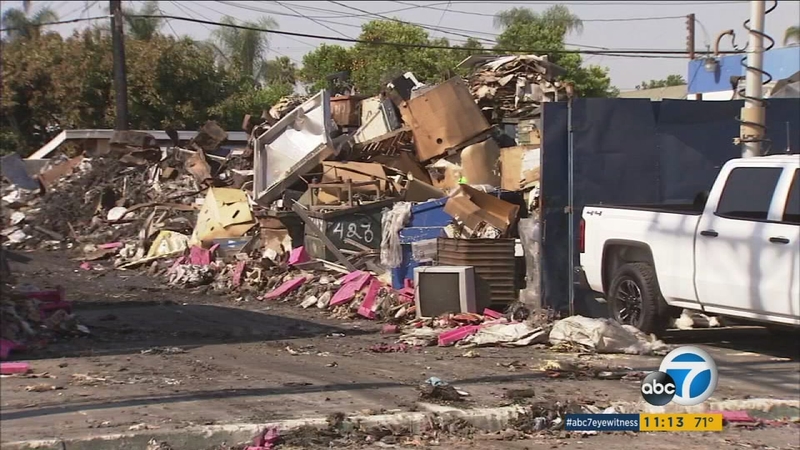 MAYWOOD, Calif. (KABC) -- Dozens of people remained displaced from their homes Thursday after a magnesium-fueled fire burned through a scrap metal recycling facility in Maywood earlier in the week.

Fire crews still watched for flare-ups and removed debris while hazmat crews and officials from the public health department conducted tests to determine when it would be safe for residents to return home.

The blaze started early Tuesday morning, causing three explosions as water mixed with burning magnesium, and two commercial buildings burned for 30 hours until it was finally knocked down Wednesday night.

Residents on the south side of 52nd Street between Everett and Maywood avenues were allowed back into their homes but those living on the north side of the street were told they could not return.

"We have about 40 people still staying at our shelter. The Red Cross is basically prepared to continue providing services until we are told people can go back to their homes," said Maria Melo with the American Red Cross.

Health officials said it is unclear when folks could be allowed back and said potentially hazardous residue from the fire was still being removed from homes and sidewalks.