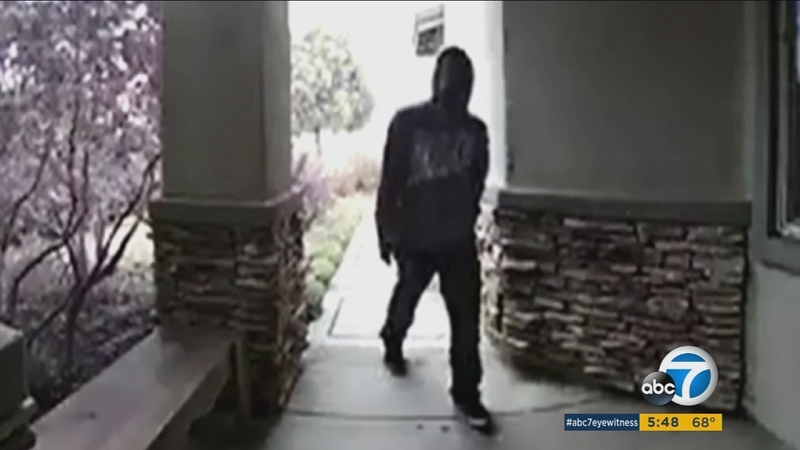 FONTANA, Calif. (KABC) -- The doorbell camera that Shannon and Joseph Madgar installed at their Fontana home came in handy recently.

Monday morning, the camera caught a man walking on to their front porch and calmly stealing several packages the mailman had left there just a few minutes earlier.

The mailman, in fact, also spotted the package thief and snapped his own pictures, then called police.

A U.S. Postal Service spokesman said residents should be on guard against the possibility of mail theft.

"Make sure you pick up your mail as soon as possible after delivery," said USPS spokesman Mark Mancuso. "Don't let it collect in your box."

But the Madgars also note that a USPS cluster mailbox on their street intended for package deliveries doesn't lock properly. They're hoping the Postal Service will fix the box soon to avoid future problems.

As for the thief, Shannon Madgar had a simple question: "Did you really need my leggings?"

"That's somebody's hard-earned money that they bought something for themselves, for someone else. I had something for my daughter in there as well. Go get a job!"