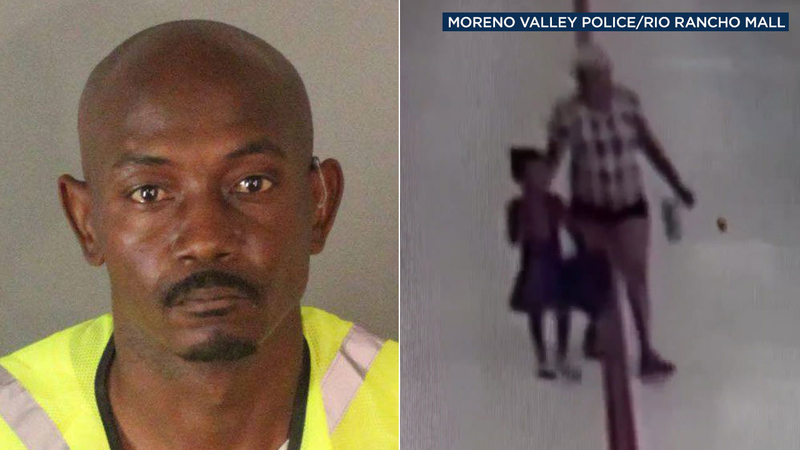 MORENO VALLEY, Calif. (KABC) -- A man was arrested after being suspected of exposing himself to a young girl and touching her at a mall in Moreno Valley on Monday.

Surveillance video shows the suspect, Juan Alvarez, fondling himself with one hand before placing his other hand on a little girl at the Rio Rancho Mall.

Eddie Puga, a security guard at the mall, said he was at his post when the young girl's mother approached him to notify him of the incident.

"She said 'This guy just touched my daughter, and he was exposing himself,' and sure enough he was kind of picking his pants up," Puga said.

Video shows the mother walking with her child through the store. Unbeknownst to them, Alvarez was following them.

Alvarez turns down the aisle and encounters the mother and daughter with his pants down, exposing his genitals and fondling himself.

The suspect is seen approaching the girl and touches her while continuing to fondle himself.

The mother then ran up to the security guard to ask for help.

"She was crying, and she was upset, she was shaking," Puga said.

"As I was taking him, I said 'What's wrong with you?' and he said 'I wasn't thinking.' That's what his words were," Puga said.