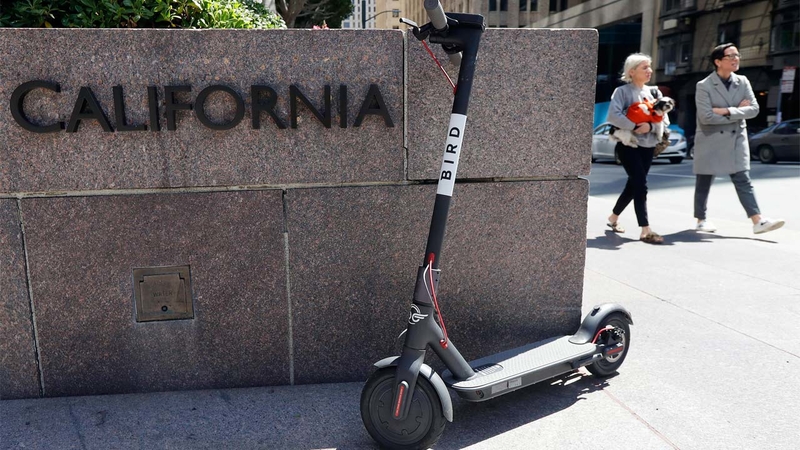 WEST LOS ANGELES (KABC) -- A man has been convicted of riding an electric scooter while drunk in West Los Angeles and knocking over a pedestrian. It's the first motorized scooter DUI incident charged in L.A.

Los Angeles City Attorney Mike Feuer announced the conviction Thursday, adding that the defendant, identified as 28-year-old Nicholas Kauffroath, was three times over the legal blood alcohol limit when he knocked over a 64-year-old pedestrian with a Bird electric scooter.

"Drinking while operating a vehicle, a bike-or a scooter-is not only illegal, but can lead to serious injury or worse," Feuer said in a press release. "This conviction demonstrates our office's continued effort to enforce our drunk driving laws and make our streets and sidewalks safer."

According to Feuer's office, Kauffroath was intoxicated while he was operating the scooter on the sidewalk near Santa Monica Boulevard and Sawtelle in West L.A. on Aug. 4 when he struck a pedestrian who was leaving a nearby theater.

The victim fell to the ground upon impact and suffered a knee abrasion. Kauffroath failed to stop or render aid to the victim, the press release stated. Instead, he continued down the street to a nearby apartment building. Authorities were alerted to the incident, and Kaufforath was taken into custody, where his blood alcohol level was measured at .279, which equates to more than three times the legal limit.

Kauffroath pleaded no contest to one count of operating a motorized scooter while under the influence and one count of hit-and-run. He was placed on 36 months of probation, ordered to pay a $550 fine and also required to complete a three-month DUI alcohol program, the press release stated.

Kauffroath was also ordered to pay restitution to the victim and instructed not to operate a motorized scooter with any alcohol in his system.
Report a correction or typo
Related topics:
west los angeleslos angeles countyduihit and runpedestrian struckpedestrian injuredalcoholpedestrians
Copyright © 2021 KABC-TV. All Rights Reserved.
More Videos
From CNN Newsource affiliates
TOP STORIES