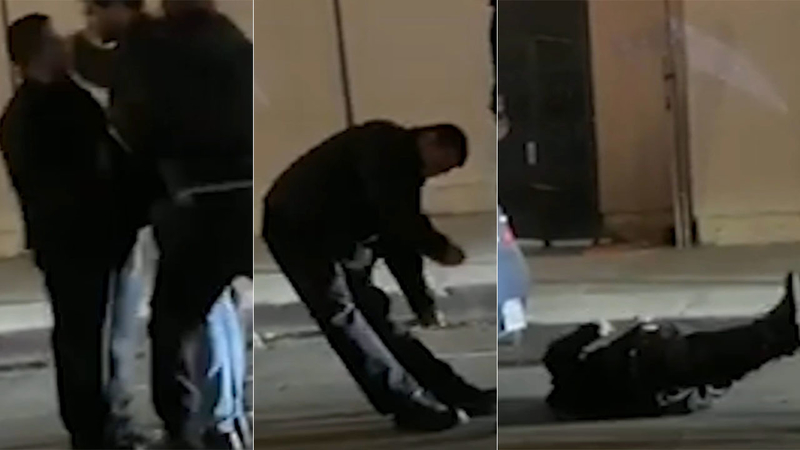 VAN NUYS, LOS ANGELES (KABC) -- A man was severely injured in an attack on a Van Nuys street that was recorded on video.

Police are now asking for the public's help to identify the suspects.

The attack happened on New Year's Day around 9:30 p.m. on Woodman Avenue and Victory Boulevard.

Investigators with the Los Angeles Police Department says the suspect had been driving erratically and got behind the victim's car. The victim and the three suspects then pulled over and got out of their vehicles.

The video shows one of the suspects punching the victim once in the head, causing him to lose consciousness and fall down backwards, hitting his head on the street.

The suspects returned to their black Jeep with tinted windows and California paper plates and fled the scene.

The victim was taken to the hospital and has not regained consciousness since the incident.

The three suspects are described as Armenian males between 20 and 30 years old, with dark hair. The suspect who punched the victim was also the driver.