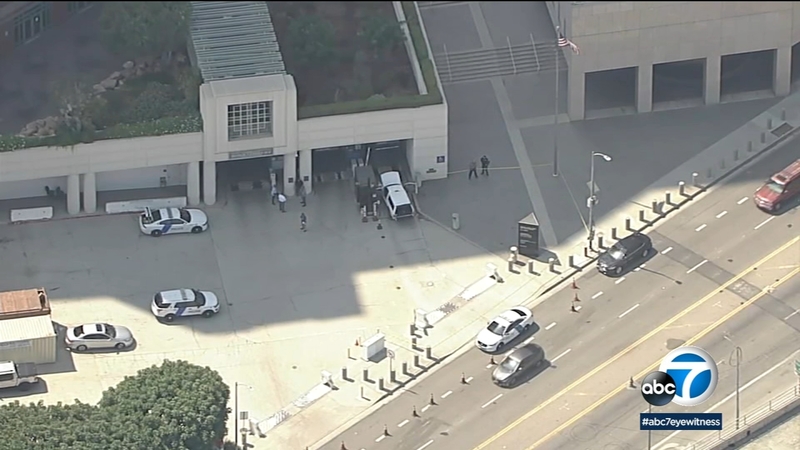 DOWNTOWN LOS ANGELES (KABC) -- A man wearing body armor who was trying to enter a downtown federal building has been detained after a cache of weapons was found inside his vehicle, officials say.

The man was driving a truck and tried to enter the parking entrance of the Roybal Federal Building on Temple Street in downtown Los Angeles on Wednesday.

He was stopped at the gate by officers with the Federal Protective Service. They noticed a gun inside the vehicle and stopped him at the entrance.

The vehicle was searched and found to contain multiple loaded firearms and knives, according to the Department of Homeland Security. The man was determined to be wearing body armor.

Sources told ABC News that the man appeared to have mental issues and was rambling as he spoke to law enforcement. He also appeared to have anti-government leanings. His motive and intent are still unclear.

The truck, a white 2001 Toyota pickup with a camper shell, was towed from the scene shortly after 4 p.m.

The truck is registered to an address in Cherry Valley, where investigators were searching through a home in a gated community for people age 55 and older.

The Federal Protective Service is investigating the incident with help from the FBI and the Los Angeles Police Department.