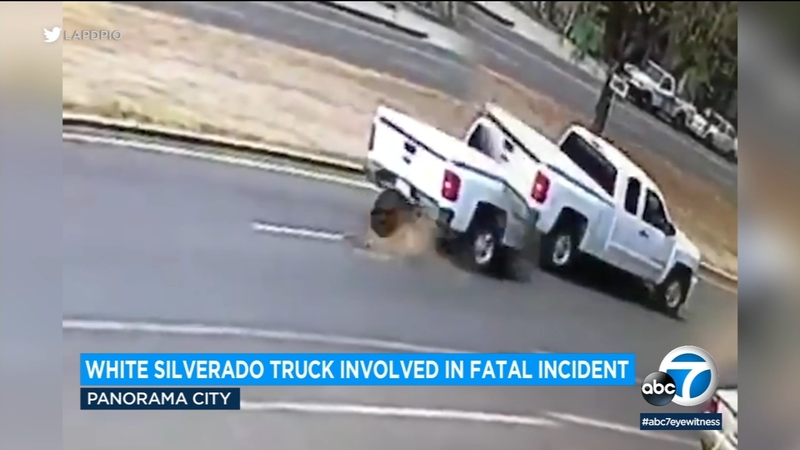 PANORAMA CITY, LOS ANGELES (KABC) -- A man was killed as he was attempting to climb out of a manhole in Panorama City and was struck by a passing truck that fled the scene, police say.

Now police are looking for the driver of the white Chevrolet Silverado involved in the bizarre incident.

It's not clear exactly why the victim, described only as a male pedestrian in his 20s, was climbing out of the manhole on Parthenia Street Saturday morning or how he got down there.

The truck was driving down Parthenia Street around 10:25 a.m. when it drove over the manhole cover as the man was opening it. The cover was pushed down on top of the man and he fell back down inside under the street. The truck kept heading west on Parthenia.

Los Angeles Fire Department paramedics responded to treat the man but he was declared dead.

"The public is reminded that manholes are used for city services to access various maintenance tunnels that are located underground," the LAPD said. "Manhole covers should not be disturbed or moved due to their weight and could cause serious injury or death."

Anyone with information is asked to call LAPD's Valley Traffic Division at (818)644-8116 or provide anonymous information to Crime Stoppers at 1-800-222-TIPS.