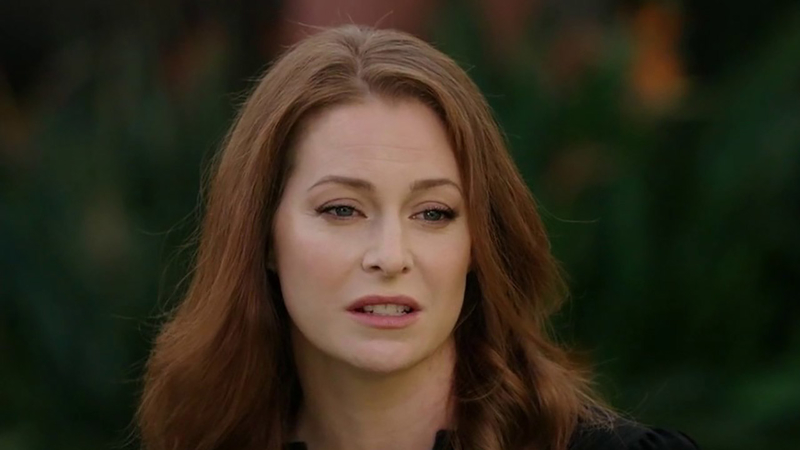 Actress Esmé Bianco is accusing rocker Marilyn Manson of physical and sexual abuse, one of several former partners to come forward with abuse allegations but the first to speak out on-camera.

Bianco, the British actress best known for her role as Ros on "Game of Thrones," said she was "coerced into involuntary servitude, which included sexual abuse and physical abuse" during her three-year relationship with Manson.

In a statement to ABC News, Bianco's lawyer, Jay Ellwanger, said his client was interviewed by FBI agents in Los Angeles last week, at their request. The FBI would not confirm or deny if there is an active investigation into Manson.

Manson's record label, Loma Vista Recordings, dropped him on Feb. 1 after actress Evan Rachel Wood accused her ex-fiancé of sexual and other physical abuse, alleging she was "manipulated into submission" during their relationship. He denied the allegations through his attorney at the time.

As a teenager, Bianco idolized the now-52-year-old Manson, who became a household name in the mid-1990s with a series of hit rock albums and used a stage persona designed to shock and stoke controversy.

She first met Manson in 2005 while working as a model and burlesque performer in London, introduced by his then-fiancée Dita Von Teese.

Over the next four years, their working relationship grew, with long phone calls and emails about their mutual interest in music and art, Bianco told ABC News. The actress said she now reflects on that time as Manson's "grooming" of her and claims he took advantage of the connection she thought she had with him. "He would say to me, 'you're my soulmate.' I truly believed him," Bianco said.

He first became physically violent with her in 2009, coaxing her to travel to Los Angeles for a music video shoot, she said. When she arrived, she said she realized there was no film crew to shoot them.

"It got to the stage where he wanted to shoot the finale of the video, and he locked me in his bedroom, and he tied me to a wooden prayer kneeler. I was half-naked, and he would beat me with a whip, and he filmed it," she said.

Bianco provided ABC News with a photo she said shows her bloodied back marked with whip lashes taken during that shoot. "I am so ashamed when I see that photo," she said.

Their relationship became sexual, and Bianco said he would "hide abuse by doing it during sex." She said he would bite her, a nonconsensual act, until she was "black and blue."

In 2011, wanting to make a change in her personal life in London, she said she accepted Manson's invitation to permanently move to Los Angeles and live with him. Her life in his West Hollywood apartment was "very controlled," she said, claiming Manson did not allow her to sleep, eat or leave the apartment without his permission.

The actress said the final moments of their tumultuous relationship began with Manson smashing holes in the apartment walls with an ax because he believed she had put cockroaches in the walls to "mess with him."

"I tried to calm him down, and then he started chasing me with the ax," she said. "At that point, I thought, he's going to kill me." After secretly arranging for a place to live, Bianco says she sneaked out of the apartment while Manson slept.

She first went public with her abuse allegations in 2019 when she testified before the California State Assembly in support of the Phoenix Act which advocates for survivors of domestic abuse. She had not named her abuser at the time. She said in recent months, she now sees herself as a victim of human trafficking, after speaking with multiple experts in the field.

"Perhaps I can give strength to another survivor to go and report," she said. "I want people who are in this situation right now to know they're not alone and that it's not their fault."