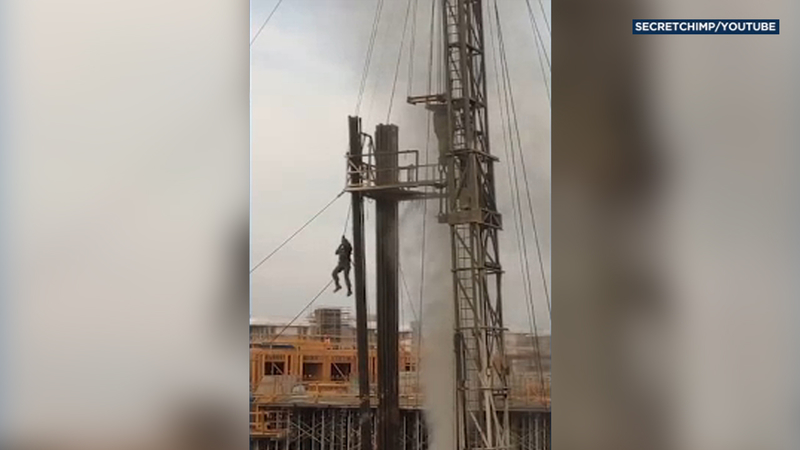 MARINA DEL REY, Calif. (KABC) -- Workers at a hotel construction site in Marina del Rey dug into an abandoned oil well, sending natural gas into the air for several minutes, and residents were wondering why it took about a week for people in the neighborhood to find out about it.

The oil well, located at 4360 Via Marina, was sealed several decades ago in 1959 and was in the process of being resealed to bring it up to today's standards when it erupted on Jan. 11.

A home video captured the blowout. You can see the mixture of natural gas, water and mud shooting into the sky from the well. A worker was sprayed before using a safety rope to escape. The release continued for about 10 minutes.

Fire officials tested the air after the incident and said they found nothing dangerous, but some wondered why the public wasn't immediately informed about the incident. Residents were told on Jan. 18.

Officials said they have not received complaints from the public about health issues, but the Los Angeles County Department of Public Health is recommending that state officials develop a plan to inform the public about the construction and monitoring of chemical emissions at the site.