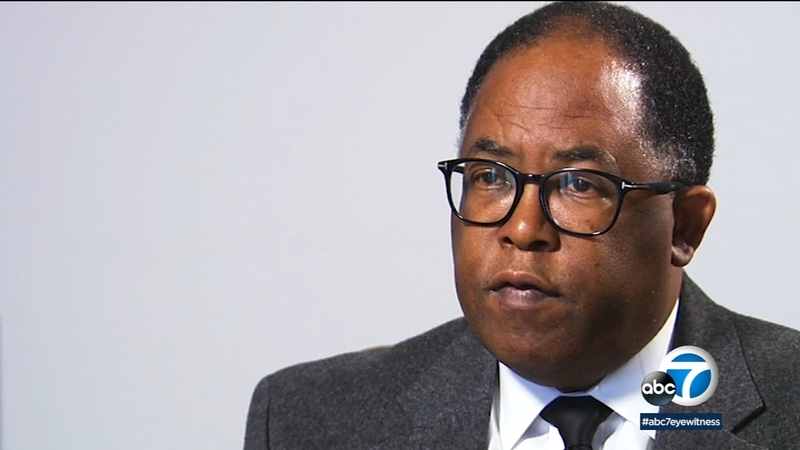 From his first day as county supervisor, he vowed to reopen Martin Luther King Hospital. The old hospital, built in 1972 after the Watts riots, was shut down in 2007 for its substandard patient care.

Ridley-Thomas led the effort to build something new. He had no hesitation when asked to reflect on his greatest accomplishment after 12 years in office.

"It's hard to imagine, translating what was then considered a mandate to address the health crisis in the county of Los Angeles," he said, adding, "More specifically, the closure of the Martin Luther King Jr. Hospital. And I believe that most observers, will say that that issue has been addressed, and then some."

Ridley-Thomas has served on the L.A. City Council, and in Sacramento, nearly 30 years in public office.

Ridley-Thomas joined a board of long-established supervisors who did not endorse his candidacy. The county board would change over the years and its agenda would change as well.

They didn't stop at the new hospital, the old King/Drew hospital has been repurposed as a 500-thousand square foot Behavioral Health Center, named for Mark Ridley-Thomas, opening next year.

The new county jail will be built smaller, with more diversion programs, like those the behavioral health center can offer.

Ridley-Thomas said, "Things are evolving in a rather significant way. Some would describe it as a paradigm shift, moving from that which might be described as punitive to that which we describe as rehabilitative, and I see that as being appropriate."

He said, "This is an army for good, an army that is fighting the injustices of poverty and the indignity of homelessness."

With the pandemic hitting poor communities harder, Ridley-Thomas has doubled down on the county's response.

"We made it clear that health care is a right not a privilege in the context of a democratic society," he said.

He set the agenda for a county policy addressing systemic racism.

"This is a moment of racial reckoning is a moment in which equity is the order of the day," he said.

Because of the coronavirus pandemic, his last meeting celebrating his work as a county supervisor was virtual. Each of his colleagues weighed in, including Supervisor Sheila Kuehl who said, "You have validated my belief one person can make a difference."

It was announced that the new commons at the County Natural History Museum will be named-Mark Ridley-Thomas Entrance Plaza. An honor that left him clearly touched. He said, "I guess it goes without saying I'm humbled and honored to be acknowledged in such a lasting way."

As he sees it, he was elected in 2008 on a mandate reopening MLK hospital, and now he returns to the City Council in 2020 for our humanitarian crisis.