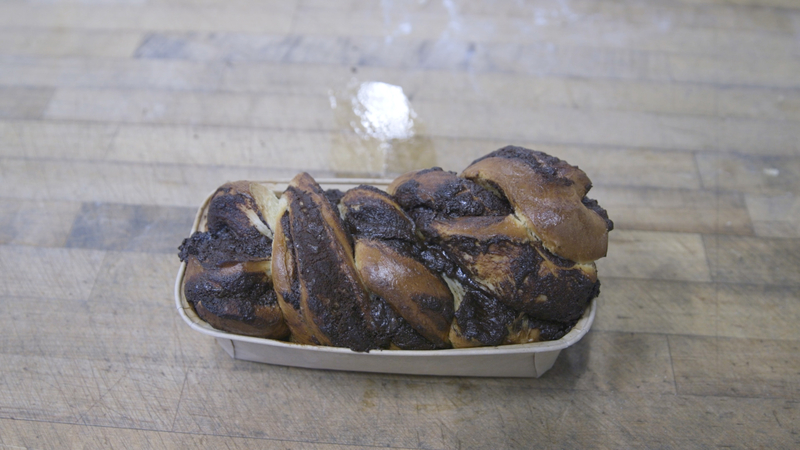 CHICAGO -- Chicago's Pilsen neighborhood is home to a one-of-a-kind bakery that braids together its founders' Mexican and Jewish heritages.

It all started with sourdough. The bakery's name is "Masa Madre," which means "sourdough" - or more literally "mother dough" - in Spanish. And like a good sourdough starter, this story has been a long time in the making: Masa Madre owners Elena Vázquez Felgueres and Tamar Fasja Unikel first met in fashion design school in Mexico City more than a decade ago. Both women grew up baking with their mothers and grandmothers.

The two stayed in touch over the years and eventually reunited in Chicago in 2017. As recent immigrants, the women "arrived with high hopes of finding a community to welcome and guide us," but quickly realized they'd need to build that community themselves. And what brings people together like breaking bread? What started as a shared hobby blossomed into a nascent business when they began selling their homemade sourdough bread at a South Loop farmer's market.

"We thought there were lots of bakeries in Chicago even though there wasn't a lot of sourdough," Elena said. "We wanted to bring something different to the city."

What Tamar thought was missing from Chicago's baking scene was babka, a sweet braided cake that originated in Poland and Ukraine. Tamar, who is Jewish, perfected her babka recipe in Israel several years ago, and then the pair put their own unique twist on the treat by incorporating Mexican flavors like chabacano (apricot) or cajeta de celaya (caramel used on Tres Leches cakes).

"Both of our backgrounds are Jewish and Mexican, so we're mixing two cultures that maybe people here don't realize are actually pretty similar," Tamar said. "It's actually pretty normal for us."

The babka business took off.

"A lot of the flavors come from both of our families," Tamar said.

"I mean, I call my mother or grandmother once a week asking for a recipe or how to make a better ganache," Elena added.

Aside from their flavor foundations, Masa Madre's products are special because they're hand made from high-quality ingredients.

"It's very hard to find baked goods that are made with real ingredients and that you know were made by hand, specially for you," Elena said.

While the ingredients are Kosher, the final products are not because the kitchen they use isn't Kosher-certified. They're able to adapt their recipes to be Vegan-friendly, too.

Masa Madre was 100% virtual well before the pandemic. Taking custom, online orders allowed the pair to produce small batches and keep up with demand as their side gig fermented to a full-blown business. Plus they never make more than they need.

"We're trying to create a good product that not only has good ingredients but is also good for the environment," Elena said. "(Sustainability is) difficult to incorporate but definitely worth it."

The loaves are made with love Wednesday through Friday and hand delivered to customers throughout the city and northern suburbs the very same day. Masa Madre got its first physical storefront in the West Loop's hot Politan Row in 2020, though the food hall announced it was "hibernating" until spring 2021 due to COVID-19. But the nimble bakery partnered with restaurants around the city like Logan Square's Hopewell Brewing Company for customers to pick up orders, and they've always shipped nationwide.

The pair is proud of the business they've built, as neither had any prior training.

"I think one of our challenges was getting help from people that were not looking at us as actual businesswomen," Tamar said.

"People thought we were just, like, playing around, trying to make our bakery at home," Elena said of the early days. "We were like, 'We're not gonna stop.'"

She says learning the business side over the years has been much like perfecting the products.

"Building the business would be like a recipe: You have to try a lot of things and some won't come out good," Elena said. "It's all about trial and error. Every mistake is like the opportunity to make it right again."