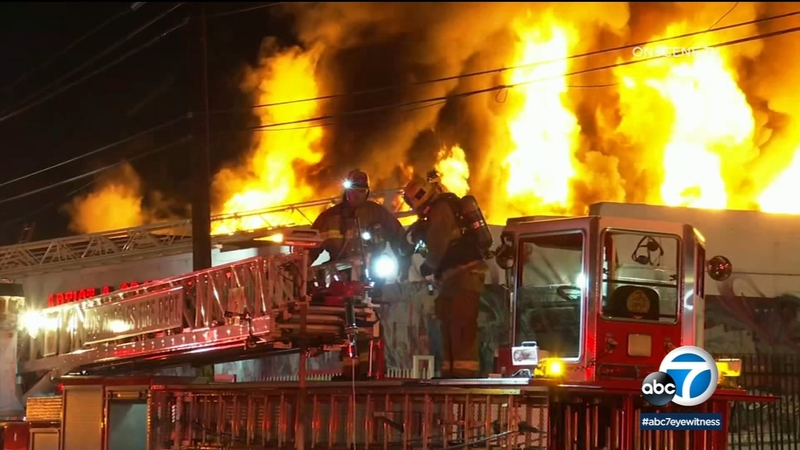 The fire erupted at about 12:10 a.m. in the 1900 block of East Seventh Street at Payman Fabric, a wholesale fabric firm that occupied a 10,360 square foot building.

Video showed smoke billowing into the air as flames tore through the roof of the one-story building.

Firefighters went into a defensive posture and tackled the blaze from outside the burning building when the structure became unsound, according to the Los Angeles Fire Department.

As many as 186 firefighters were assigned to the scene and spent nearly three hours extinguishing the blaze, which was knocked down shortly after 3 a.m.

Three firefighters required medical attention and were taken to a hospital to be treated and evaluated. Two suffered non-life threatening injuries and one was treated for exhaustion. Two of the injured firefighters were later released and another remained hospitalized in stable condition.

No other injuries were reported and crews prevented the fire from spreading to nearby businesses.

An investigation was underway to determine what caused the blaze.