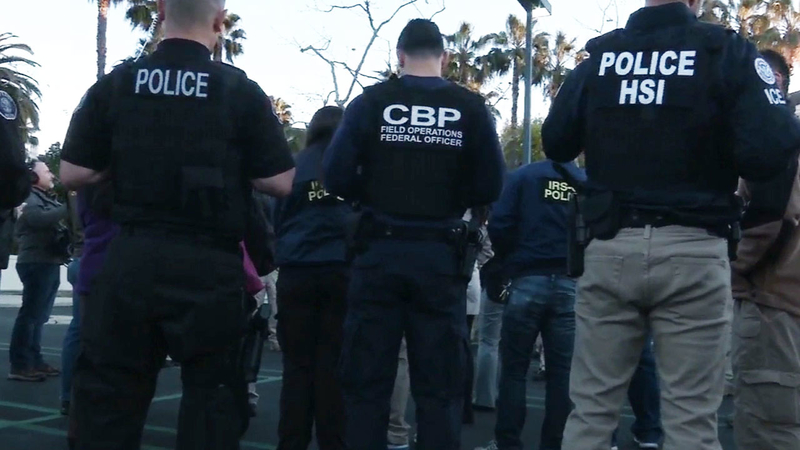 Dozens of homes were searched as the federal criminal warrants were served at more than 50 locations in Los Angeles, Orange and San Bernardino counties.

The moves comes following an eight-month investigation, which was sparked by an anonymous tip to Irvine police.

One location was a luxury apartment complex in Irvine called The Carlyle at Colton Plaza. A court affidavit says the The Carlyle uses yyusa.com to advertise. The Chinese title of the site translates to "you win vacation services."

The crackdown on three alleged maternity tourism rings may be the biggest yet by federal homeland security agents. Authorities say pregnant Chinese women pay the businesses anywhere from $40,000 to $80,000 for housing, food, transportation, medical services and fraudulent visas.

"These people were told to lie, how to lie so that their motives for coming to the U.S. wouldn't be questioned," said Claude Arnold of ICE.

The women are allowed to travel to the U.S. while pregnant, federal officials say, but they cannot lie about the purpose of their trip when seeking a visa.

The affidavit estimates that since 2013, 400 babies born at just one Orange County hospital have been linked to the scam.

Linda Trust lives at The Carlyle and has seen the operation firsthand.

"I saw a man that had like a big dolly thing piled to the ceiling with diapers," Trust said, adding that she thinks it's wrong and is now thinking about moving out.

"Come on! People go across the border to have a baby from Mexico all the time, so what's the problem?" said Dr. Jin Jou Lu.

No arrests were made yet, and charges have not been filed. Authorities say they are gathering evidence of the suspected crimes, including visa and tax fraud.