Anaheim mayor may have engaged in scheme to defraud California, Arizona and FAA: Affidavit 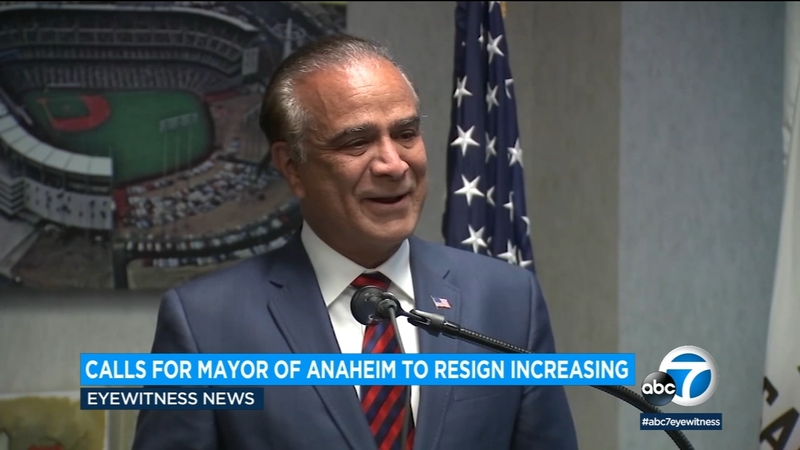 Anaheim mayor may have defrauded state and FAA, affidavit says

ANAHEIM, Calif. (KABC) -- The elected leader of the city of Anaheim Mayor Harry Sidhu is under the microscope of an FBI investigation.

Sidhu has not been charged with a crime but is accused of soliciting $1 million in campaign contributions from an Angels representative in exchange for performing official acts that would finalize the stadium sale.

FBI investigator Brian Adkins' affidavit states on at least two occasions, Sidhu provided confidential city information to the Angels for use by the team in their negotiations with the city.

Adkins said the Sidhu's actions in furthering this scheme directly resulted in the withholding of information from an Orange County grand jury and an Orange County superior court judge in a civil matter related to the sale of the stadium.

O'Neil said the FBI probe has challenged the public's trust like nothing they've seen before.

"We need a fresh start, and we need it now, and that starts with the mayor's resignation, and I hope that the mayor will act in the best interest of Anaheim," O'Neil said.

O'Neil and two other councilmembers sent a letter to the Sidhu's attorney on Wednesday formally asking him to step down.

They joined the rest of the Anaheim City Council who's calling for Sidhu's resignation.

"These were actions that happened in the mayor's individual capacity outside of our normal way of conducting business, and right now, we're focused on getting through this issue and restoring the public trust," O'Neil said.

In addition, the investigation developed probable cause that Sidhu had engaged in a scheme to defraud the states of California and Arizona, and the Federal Aviation Administration by knowingly, intentionally and fraudulently registering a helicopter he bought under an Arizona address in an effort to avoid costs associated with registering it in California.

ABC7 reached out to Sidhu directly on Wednesday but has not heard back.

His attorney, Paul Meyer, said it is too premature to comment on the allegations. For now, a judge has put a 60-day hold on the sale of Angel Stadium.

O'Neil feels the current deal should be scrapped.

"Knowing that there was an element of corruption that went along in bringing that deal, I do not see a path forward for it," O'Neil.

Also, O'Neil said the city has not heard from Sidhu since Monday, and right now, he's assuming his duties in his absence.

Under city charter, Lyster said if the mayor misses two meetings within 30 days without an excused absence his seat would be considered vacant.

The next Anaheim City Council meeting is scheduled for Tuesday, May 24.

Lyster said under the charter, if the seat becomes vacant, the council would need to appoint someone or hold a special election within 60 days.

However, it would put them close to the November election, which will already include a chance to vote for mayor.

Lyster said they will have to look into whether the council is required to hold a special election or let it go up on the November ballot.