Evacuated homes near Maywood fire to be tested for health hazards 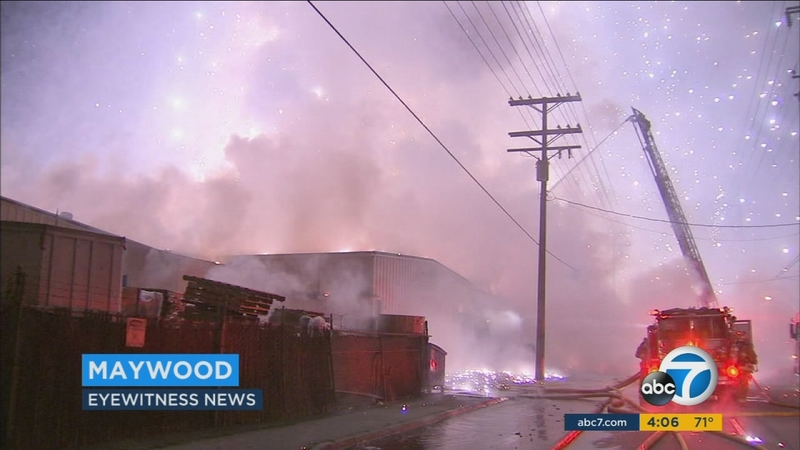 Evacuated homes near Maywood fire to be tested for health hazards

Residents on the south side of 52nd Street were allowed to return home Wednesday night, but those on the north side closest to the fire remained displaced.

Smoke was still rising from the site Wednesday afternoon where a fire erupted in a metal recycling yard in the 3500 block of Fruitland Avenue around 2:30 a.m. Tuesday. Three explosions were heard in the vicinity after water mixed with the burning magnesium, fire officials said. That material made fighting the fire much more difficult.

The explosive fire left nearly 4,000 people without power that morning and about 200 residents were evacuated from nearby homes.

While the flames were considered mostly extinguished by Wednesday evening, firefighters planned to remain on guard through the night for potential flareups.

The Red Cross has provided evacuees with shelter until they are allowed to return.

Fire officials said while they believe the smoke hovering above the community does not appear to include any dangerous chemicals, they want to examine the ash and residue that settled on nearby homes before determining if it is safe for residents to return.