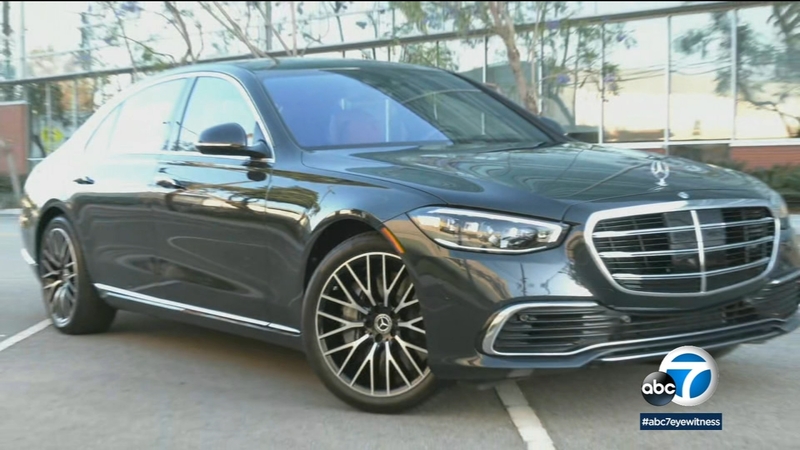 It's been an aspirational luxury car for many years, and is now all-new this year: The big Mercedes known as the S-Class.

"The S-Class is the flagship of our lineup. And every time we launch a new S-Class, it is something super special," said Bernie Glaser, director of product management at Mercedes-Benz USA.

And this new one is super...everything. From size to price tag. The S500 starts at $109,800 and MSRPs climb from there. Long-time repeat S-Class buyers always crave more, and Mercedes has delivered. Just as it has with this model for literally decades - a car to top other cars.

The large four-door has become legendary around the world as an ultimate luxury sedan. Just witness its appearances in films again and again over the decades. Whenever Hollywood wants a car that evokes power, prestige and solidity, the S-Class often lands the part.

For 2021, the S-Class driver and passengers are coddled in luxury. And surrounded by technology. How about 3D graphics and an active heads-up display? And each driver can access personal settings easily.

"You can use your fingerprint or we have a camera looking at you that can actually identify who is in the car right now and sets up the entire interior just for yourself," noted Glaser.

Yes, once programmed, the car recognizes who's behind the wheel, and adjusts the seats, mirrors, radio station favorites and so on to suit that individual driver. The car can store up to seven different profiles.

And it offers other features to make driving easier, like four-wheel steering. At low speeds, the rear wheels can steer up to 10 degrees in the opposite direction of the fronts, which makes for very tight turns when needed. I was amazed at how maneuverable the large sedan is in tight parking lots and on residential streets.

"If you look at the car, it's a large, long-wheelbase S-Class. And it gives you a turning radius which is almost comparable to one of our compact cars, the A-Class," said Mercedes-Benz's Bernie Glaser.

There's under-hood technology too. A standard mild hybrid system is integrated between the engine and transmission, for both efficiency and a bit of extra power. Mercedes' 4Matic all-wheel drive is also standard within the redesign.

The S-Class is seen as a prestige car, a status it's enjoyed for decades. But for some very well-heeled buyers, even the top S580 model won't be quite enough.

So coming along soon: the Mercedes-Maybach version of the S-Class. More of everything, fully loaded, and built to order, for a lofty price that closes in on $200,000.

"And that takes the S-Class to another level. It comes as an eight cylinder, or our V-12 flagship S-Class Maybach, that's the S680," added Glaser.

Sure, SUVs have eclipsed sedans in popularity, even in the luxury arena. And Mercedes-Benz sells plenty of those, to be sure. But the company says there will always be a Mercedes S-Class sedan. For those who have always dreamed of an ultimate luxury four-door.