Overdose deaths from meth, other drugs up in LA County during pandemic 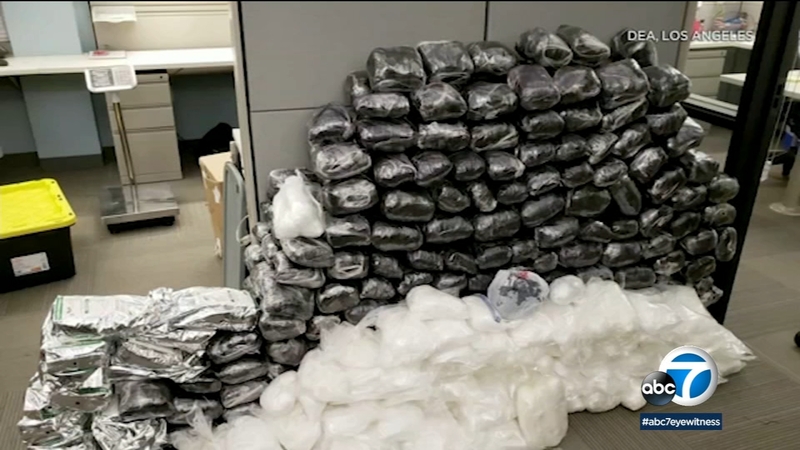 Overdose deaths from meth up in LA County during pandemic

LOS ANGELES (KABC) -- Fueled by the pandemic, Los Angeles County is seeing a marked increase in deaths linked to accidental drug overdoses, according to a new report.

"I found myself homeless and I was in and out of jail," she said.

Sanders recovered three years ago. Now as an addiction counselor, she saw how lockdown drove those trying to recover into despair.

"We had a high increase in relapse because our meetings were shut down," she said.

During the height of the pandemic, the report documented nearly 1,400 accidental overdose deaths caused by methamphetamines.

"That means an average of just about four people died every single day from an overdose of meth," said Barbara Ferrer, director of LA County's Department of Public Health.

From March to December 2020, accidental overdose deaths compared to the year before increased 75% among Asians, 68% among Blacks, 56% among Latinx and 42% among Whites.

"Anyone can be impacted by meth at any age and from any cultural background," said Tsai.

MethFree LA County debuted new television ads to step up awareness and bring people out of isolation. With the help of COVID-19 vaccines, Ferrer said those fighting addiction can seek professional help safely.

"As we reopen fully, it's a layer of protection that many of us want to make sure we have," she said.

Sanders tells her clients the opposite of addiction is connection. Through treatment, she said she found the meaningful connection she needed.

"It's very frustrating and it's very scary," she said, "But there is a way out and we do recover."