Migrant caravan of almost 7,000 people in southern Mexico has been dissolved

The migrants were given a migratory document that accredits their regular stay in Mexico, according to officials.
CNNWire
By Michelle Velez and Marlon Sorto 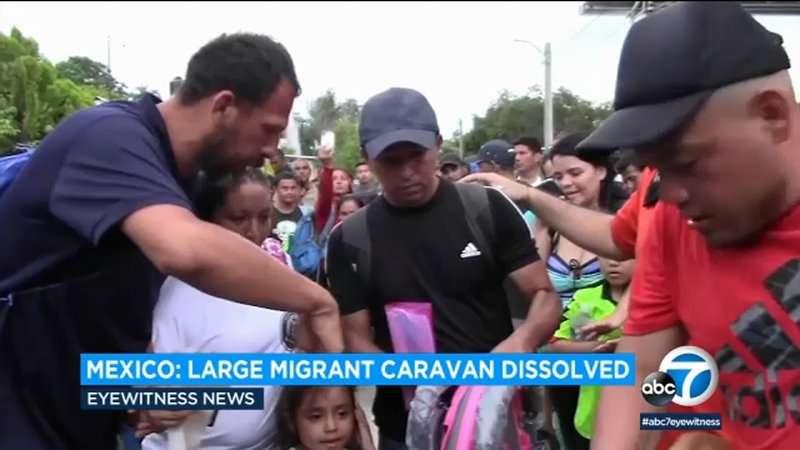 MEXICO -- Mexican immigration authorities have dissolved a caravan of almost 7,000 people that had departed the southern city of Tapachula and was headed to Mexico City, according to a statement released on Saturday by the Mexican National Institute of Migration (INM).

The migrants were given a migratory document that accredits their regular stay in Mexico, according to the INM.

Mexico's immigration authority held talks with spokespeople for the caravan and representatives from Central America, Venezuela, Haiti, and other countries.

The INM said, "with the agreements reached thanks to our talks, migrants are prevented from being victims of criminals who are dedicated to human trafficking or traffickers who expose the migrants to unsafe conditions."

Many of the migrants are from Venezuela, and many of them are families with children. There are at least three different groups divided among the cities of Huixtla, Mapastepec, and Escuintla in the Mexican state of Chiapas. A large number of them are still waiting to process migration documents to continue their journey to the US.

The Human Rights Watch released a report on June 6, stating that migrants and asylum-seekers who enter Mexico through its southern border face abuses and struggle to obtain protection or legal status.

Most migrants and asylum-seekers said they do not attempt to request protection at an official border crossing, fearing agents from the INM would deport them, according to the HRW report.

Some migrants and asylum-seekers told the HRW that "they sought protection at the border and were turned away by INM agents or security guards. Many said INM agents dissuaded them from seeking refugee status in Mexico and pressured them to accept voluntary returns to their countries."