Think LA has bad traffic and air quality? Mexico City has it worse 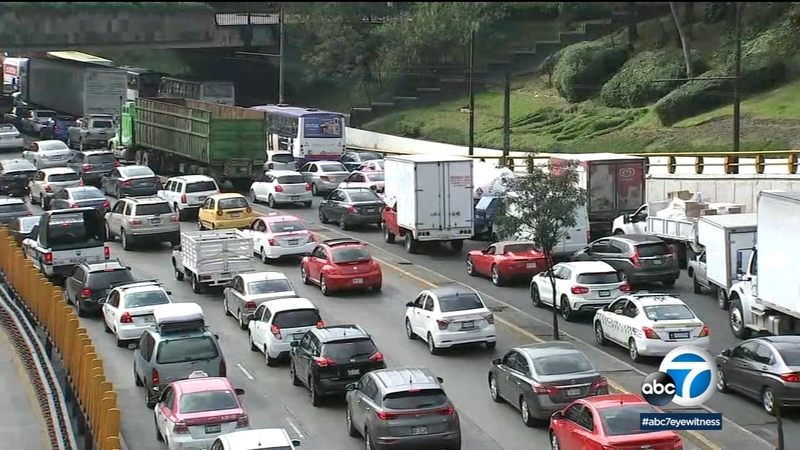 Mexico City traffic and air quality are worse than LA

MEXICO CITY (KABC) -- On the streets or the highways, traffic in Mexico City is no joke.

In North America, Mexico City ranks No. 1 in traffic. Los Angeles is right behind at No. 2.

Even Mexico City's transportation secretary avoids the traffic. He bikes 10 miles to work every day.

"People that live on the periphery of the city, it might take between three-and-a-half hours to two hours every morning," says Andres LaJous.

The figures are staggering: 22 million commutes daily, and once you're in the city, there's no relief.

Professional driver Irving Flores says, "It's super frustrating. Imagine wherever you want to go, (you have to leave) one hour before."

Even their efficient and extensive subway system is overcrowded.

"It's 12 lines with more than 240 subway stations, so honestly the subway station is really good but we are just too many people," explains Flores.

And, there's something else we have in common with Mexico City: poor air quality. Pollution levels in the city are double the World Health Organization's annual standards. The main source of pollution and emissions? Vehicles.

"It gets really bad in Mexico City particularly in the hotter times of the year. During spring, there are few rains, there's very little wind, so because we're in a valley the pollution basically gets stuck," says LaJous.

What are they doing about it?

Everything you might expect, encouraging people to use bikes and scooters, replacing taxis with hybrids and electric cars, investing in electric buses, reviving the city's cable car system, building aerial tramways and greening the city by planting 20 million trees in the next five years.

LaJous says the goal is to reduce emissions 30 percent by 2024.